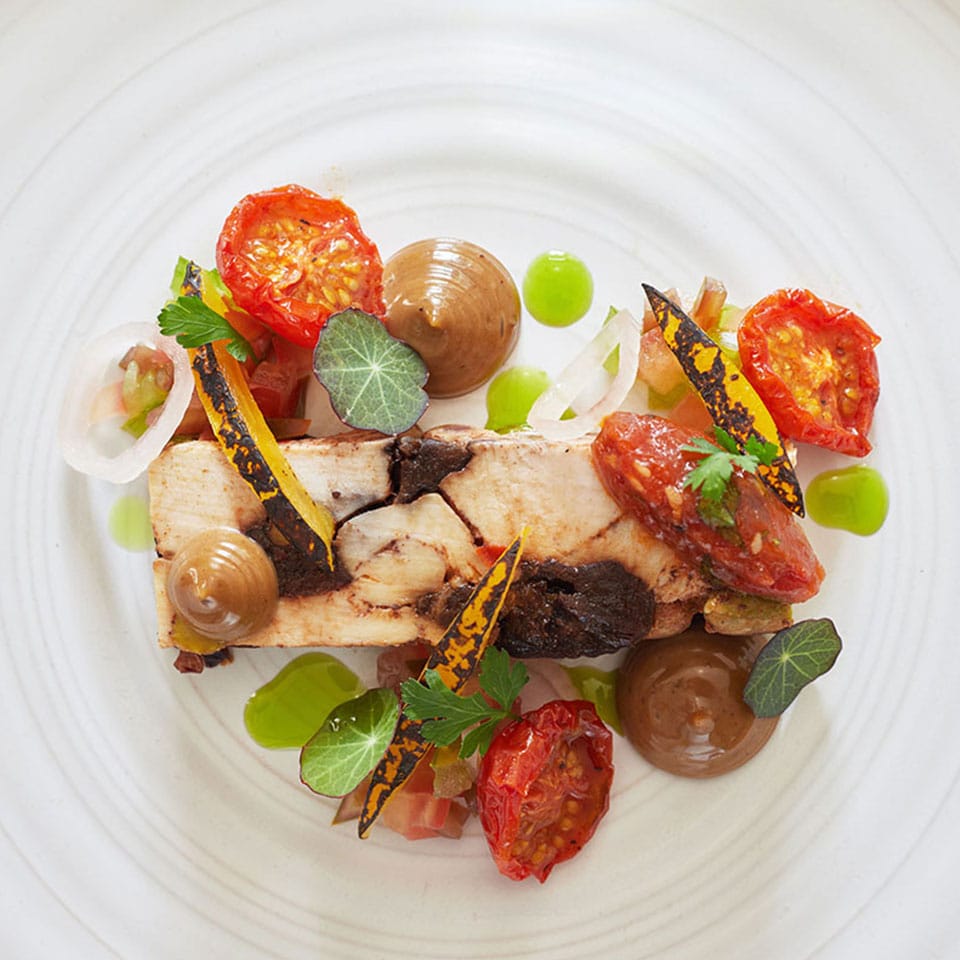 Start with the pressed chicken. Dice each chicken breast into eight equal pieces and put in a bowl along with the paprika, the sumac, the pistachios and the dates. Add a large pinch of table salt and mix heavily making sure the chicken is well coated. line a rectangular pate mould with 3 layers of clingfilm and press the mixture into this, cover the top with cling film then place another pate mould on top. Place some heavy weights inside the top mould and leave to chill in the fridge for one hour. After one hour you need to sort out a ban Marie for the chicken to cook in. fill a deep tray with boiling water and place the pate moulds in this ensuring the water goes at least ¾ of the way up the mould. Place this into a 140-degree oven for 1 1/2 hours or until the middle of the chicken probes at 72 degrees. Once cooked chill in the fridge.

For the pickled shallots place the water, vinegar, sugar and juniper berries into a sauce pan and place on a high heat for 6 minutes, in the meantime peel the shallot and cut into thin rings. After the six minutes is up plunge the shallot rings into the pickling liquor and leave to chill on the side. Once chilled place into a killner jar and put into the fridge.

To start the black garlic aioli, add the egg yolks and the white wine vinegar into a food processor and blitz for 30 seconds, now slowly add the rape seed oil making sure your adding in a slow and steady stream this will incorporate into a thick emulsion. When all the oil has gone add the black garlic to the processor to along with a heavy pinch of salt and blitz for a further 45 seconds. Now decant into a tub and chill in the fridge.

The tomatoes can be prepped in several different ways dependant on your own personal taste. For mine I cut some in half season and slow roast in the oven at 90 degrees for 4 hours these take on a sweet flavour as you reduce the water content. I also just modestly cut some and season them as the tomatoes are such a good product they don’t always need to be over complicated. Finally, I quarter the last ones and de seed them. I then cut these into strips and blowtorch the skin. This adds a smoky touch to the tomatoes but also isn’t overpowering. To serve slice the chicken into generous portions and delicately add all the other elements to the plate to finish drizzle a little chive oil on the plate and dress with Nurtured in Norfolk’s nasturtium leaves. 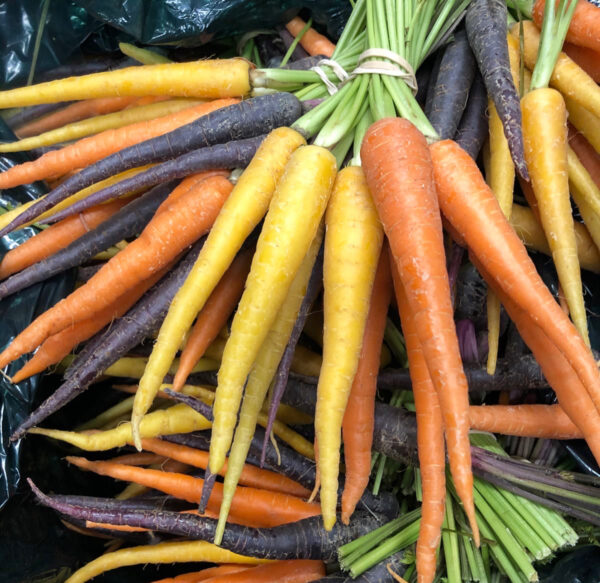 Celebrating Carrot Day with a Quiz

Top 5 Herb Oils for Culinary Use 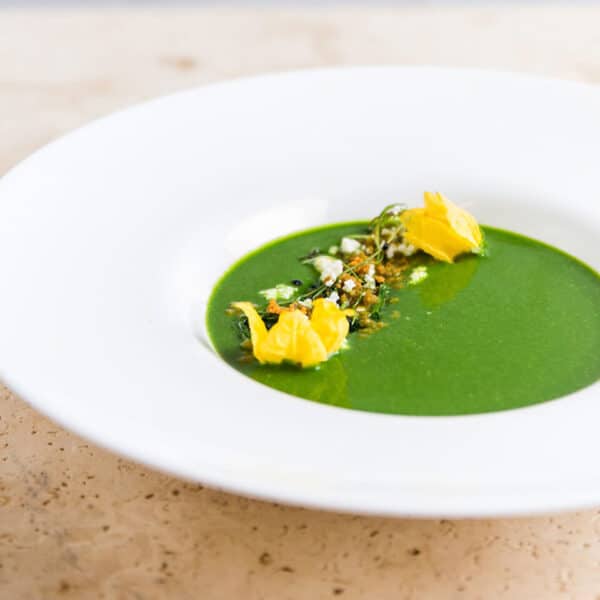