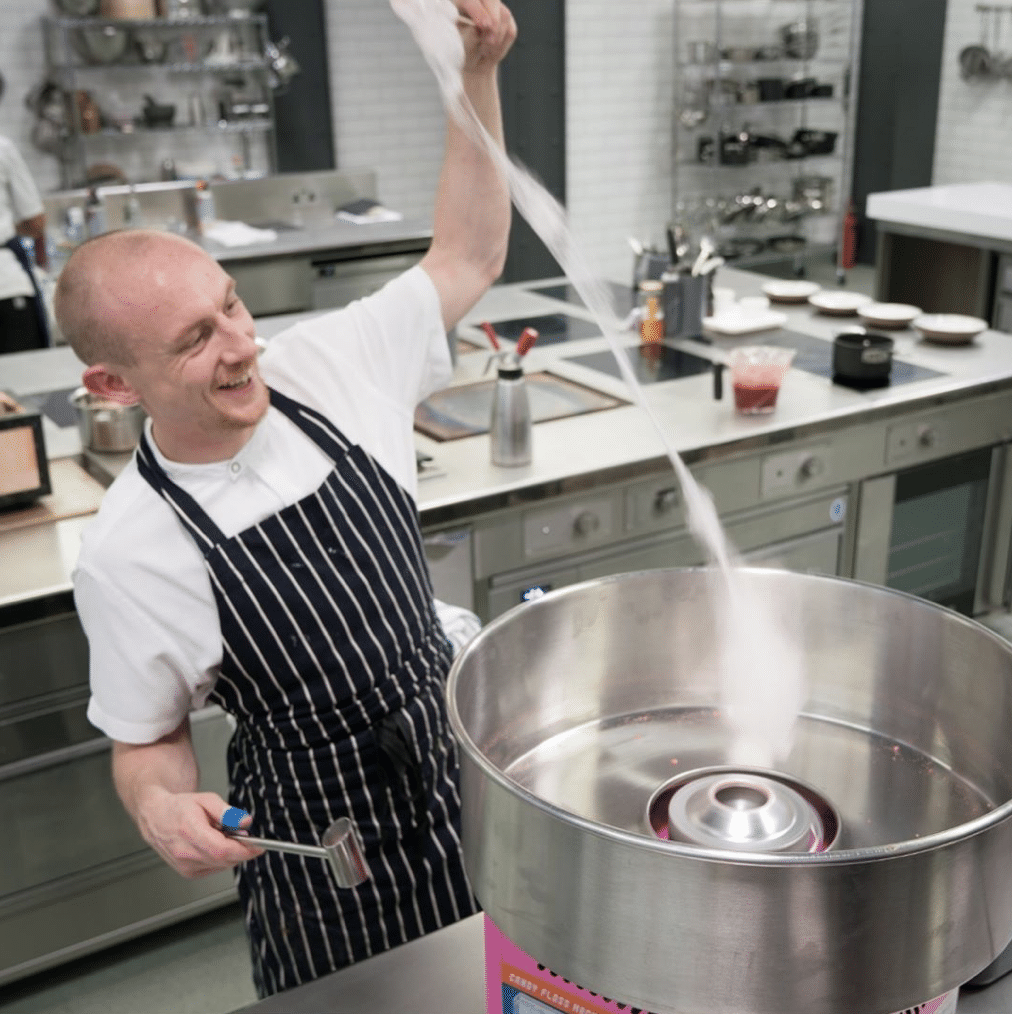 This year, Tom Anglesea takes on the Great British Menu, cooking and competing through heats in the London & South East region to earn the right to cook at an exquisite banquet, held at – Abbie Road Studios. With Michael O’Hare.  judging the dishes being served – They will be honouring the stars and heroes of the music industry from the 60’s to the present day.

Tom is the current head chef of the Laughing Heart in London.

I was given the opportunity to cast for it and I thought ‘wow, why not’. I’ve been a massive fan of the show for years and it was a real honour to get picked to represent the North East.

As chefs we put ourselves out there for criticism on a daily basis, so I was very prepared to the negative feedback which I took on the chin. Ultimately I feel the judges want the best from you so most of the points made are for you to try and improve on your dishes.

It was very tough to start with being in the environment, but both Michael Carr and Samira Effa are top young chefs and the competition was fierce but they were also great guys to work alongside.

I tried to tell a story of my career, travels and the music that was important to me through my dishes I presented. I also tried to link the North East in too where possible.

It’s a fantastic brief, but there was so many similarities within the hospital and the music industries. Getting a dish to the banquet would be a dream come true, but just making it on the show was good enough for me.

What is your greatest accomplishment during your time on the Great British Menu so far?

Fighting back from a really rough start. Scoring a four for my starter to getting three 9’s – making it through to the finals was thrilling.

When the pomp soufflé’s didn’t puff my heart sank and I started getting low.

I would love to do the show again, would be nice to go into it with a little more experience on what to expect.