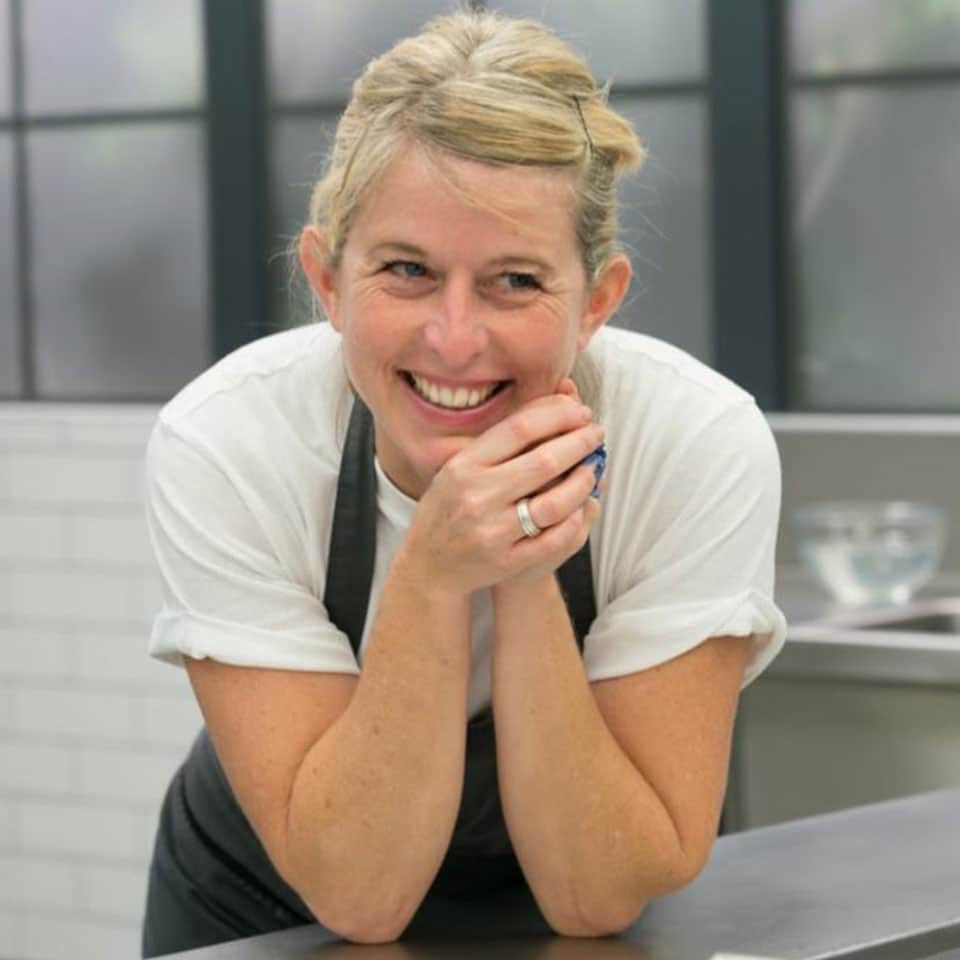 This year, Emily Scott takes on the Great British Menu, cooking and competing through heats in the London & South East region to earn the right to cook at an exquisite banquet, held at – Abbie Road Studios. With Daniel Clifford.  judging the dishes being served – They will be honouring the stars and heroes of the music industry from the 60’s to the present day.

Emily is an award winning chef owner of St. Trudy Inn, Cornwall and was recently named in the top 100 most influential women in the hospitality industry for the second year running.
For Emily, food is all about family and friends around the table. Delicious flavours evoking memories in a similar way that listening to music does.

Amy the casting director called me one day and asked me if I would consider being on the show. For me it was an opportunity to show what we do here at the Inn personally and as part of a team.

Such a tough part of the show, it did get easier and for me I learnt so much in the end.

It was great very supportive even though we were competing against each other.

Music and food go hand in hand they are both all about the senses. For me less is more, cooking with the ebb and flow of the seasons which for me comes naturally.

The theme was a celebration choosing music that evokes memories, places and people. A real sense of place. I would love to get a dish to the banquet maybe next time…

What is your greatest accomplishment during your time on the Great British Menu so far?

Staying true to myself and ethos and cooking with my heart, and becoming more confident.

It was such a positive experience. I met great people and I got to cook for Daniel Clifford pretty cool.

Yes I would do it all over again, I would take the brief more literally and just go for it!