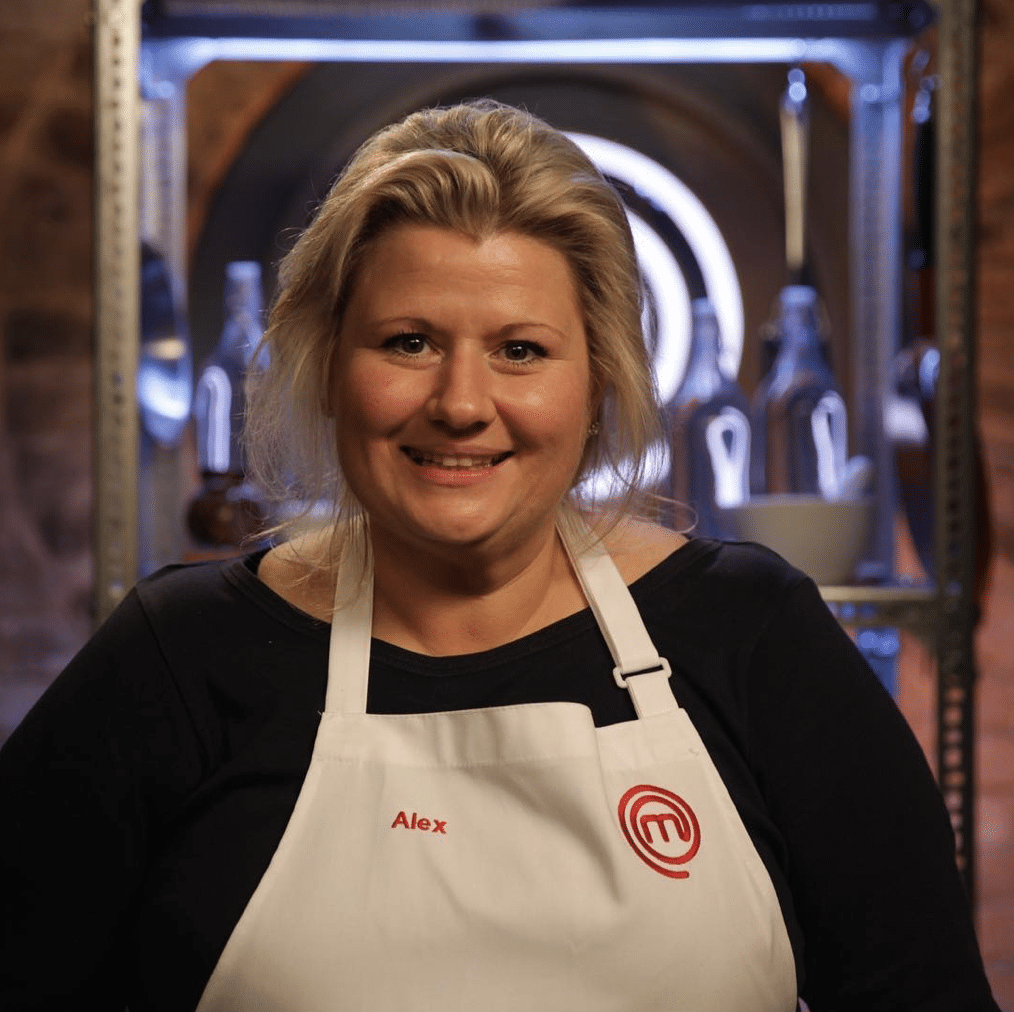 This year, Alexandra Talbot takes on MasterChef cooking and competing through a variety of heats, quarter finals and knockouts until the ultimate winner is crowned. Gregg Wallace and John Torode judge the dishes being served – with all the action, tantrums, successes and burning disasters caught on camera. The winner goes away with a trophy and the prestige of being The MasterChef of the series.

Alexandra, has worked as a Director for a local charity but left early this year to follow her passion of cooking.

What was the reason in taking part in MasterChef ?

I have watched MasterChef for 15 years obsessively! I’ve always wanted to enter but never thought I was good enough. I was over the moon when I found out I was going to be on!

I think the judges tend to be fair with the feedback. You need to be able to take criticism constructively and apply what you have learnt to every round… if you don’t listen, you don’t learn!

The energy in the kitchen is highly charged – lots of nerves, anticipation but also fun! The standard is so high now that you have to have a will to push yourself in order to get further.

I’m a classic cook – my approach is pretty methodical. I love attention to detail and therefore pastry plays to my strength! Puddings and desserts are typically more fiddly and require better accuracy which I love.

I seek inspiration from all sorts of places – cookbooks (I have over 100), the web and by talking to others.

Greatest accomplishment was being told my vegan/plant based dish was ‘perfect’ by a Michelin Star chef.. Gauthier Solo

Has there been any downsides?

Time to prepare menus and practice dishes.. it’s almost impossible to practice once the competition starts if you are working!

Would there be anything you would change so far and would you recommend to a friend?

I’m very proud of getting to the semi-finals so far! I’ve loved cooking in every round, so no regrets!