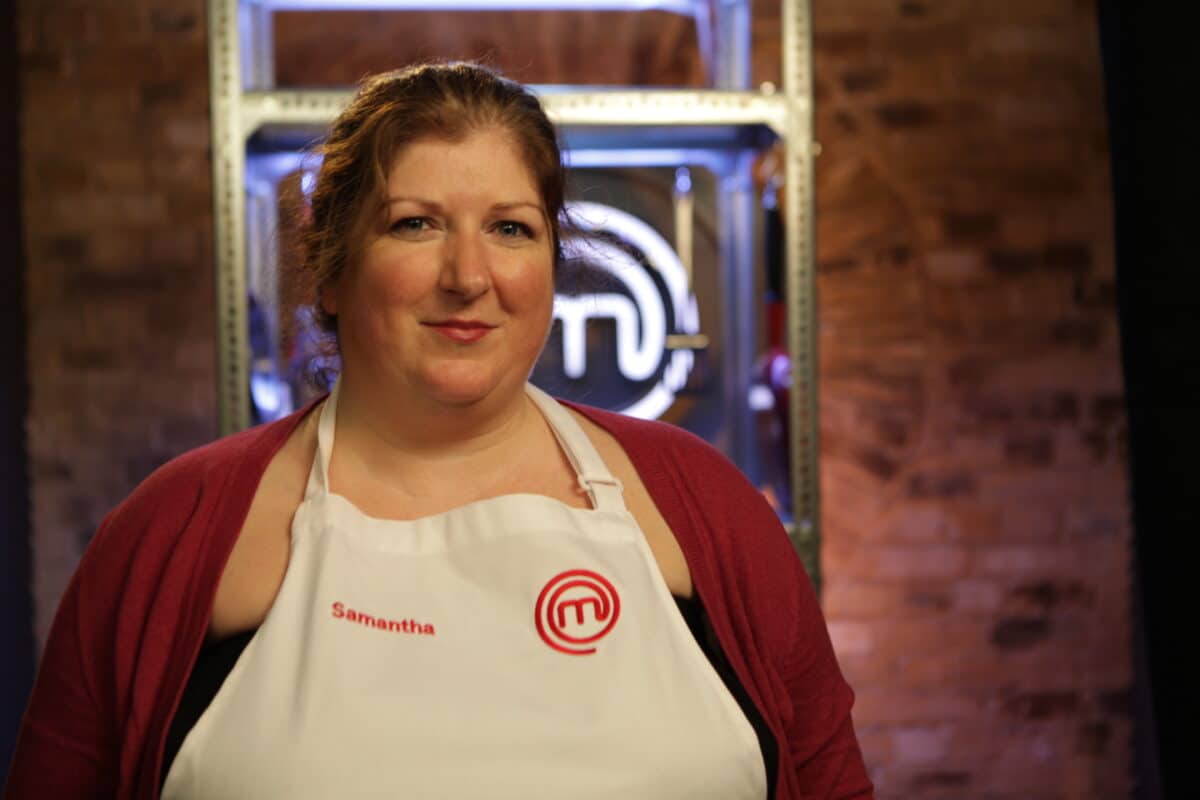 This year, Samantha Mattocks takes on MasterChef cooking and competing through a variety of heats, quarter finals and knockouts until the ultimate winner is crowned. Gregg Wallace and John Torode judge the dishes being served – with all the action, tantrums, successes and burning disasters caught on camera. The winner goes away with a trophy and the prestige of being The MasterChef of the series.

Samantha lives in Norfolk and loves everything about it! Even on rainy days. For Samantha, Norfolk is a county with so much to offer – especially when it comes to food and drink!

I have always loved cooking and when I did my Duke of Edinburgh’s Awards, I always chose cooking as my ‘skill’. At university, I would do dinner parties for my friends, and I loved the whole idea of planning a menu and entertaining – and I still do!

Every year, I would watch MasterChef and think ‘I will apply’, but something always stopped me. As 2018 arrived, I decided that would be my year – to enter MasterChef and to (finally) finish my novel. I did both! MasterChef you have now seen, and my novel is with an editor.

As for why I wanted to do MasterChef… I think it has just been the pinnacle of amateur cooking here in the UK. I would watch the Lloyd Grossman version years ago with my nanna, and be amazed at the food created. Watching this year’s series, I still am amazed at some of the food that the contestants put out, and I have to keep pinching myself that I am now one of those contestants!

I think you have to dig deep into yourself and remind yourself that – out of thousands and thousands of applicants – you were chosen and you ARE good enough. No one ever likes to be criticised, but as long as you can turn it into positives, then it will always help you grow.

Honestly, I don’t think any of us could have got through MasterChef without the camaraderie between the contestants! We all keep each other going, and we are there for each other. After all, they are the only other people in the world who understand what it is like to be in that kitchen and cook. I have seen some comments where people say that all the hugs and tears are put on; I can assure that they aren’t!

I very much love to showcase Norfolk when I cook – both in terms of using local and seasonal produce, but also through the amazing and varied suppliers that we have here in Norfolk. So when I start a dish, I will always look at what is in season, and what produce my local greengrocer, butcher, and fishmonger have. Once you have that foundation, you can then build a delicious plate of food around it.

That is a tough one – I hate to be pigeon-holed! I think my style has to be seasonal and current. I am big on flavour and seasoning – if something has ginger in it, for example, I want to be able to taste it!

I think getting on to the show was a huge achievement. I am still waiting for it to sink in and for me to realise that yes, I was on MasterChef!

I was disappointed that my nerves got the better of me so badly! In that kitchen, with the pressure, it is easy to make stupid mistakes that you would never do at home. I think my broccoli and carrots from my second-round cook will live with me for a long time…

Would there be anything you would change and would you recommend to a friend?

Naturally I would have loved to have gone further in the competition; the pasta dish I created for the quarter final brief was, in my opinion, a very good one, being a dessert pasta. I think that many of us, given the same chance again, would try and do things differently – including holding on to the nerves!

If you are truly passionate about cooking, then I would definitely recommend that you apply for MasterChef. It is an experience like no other.