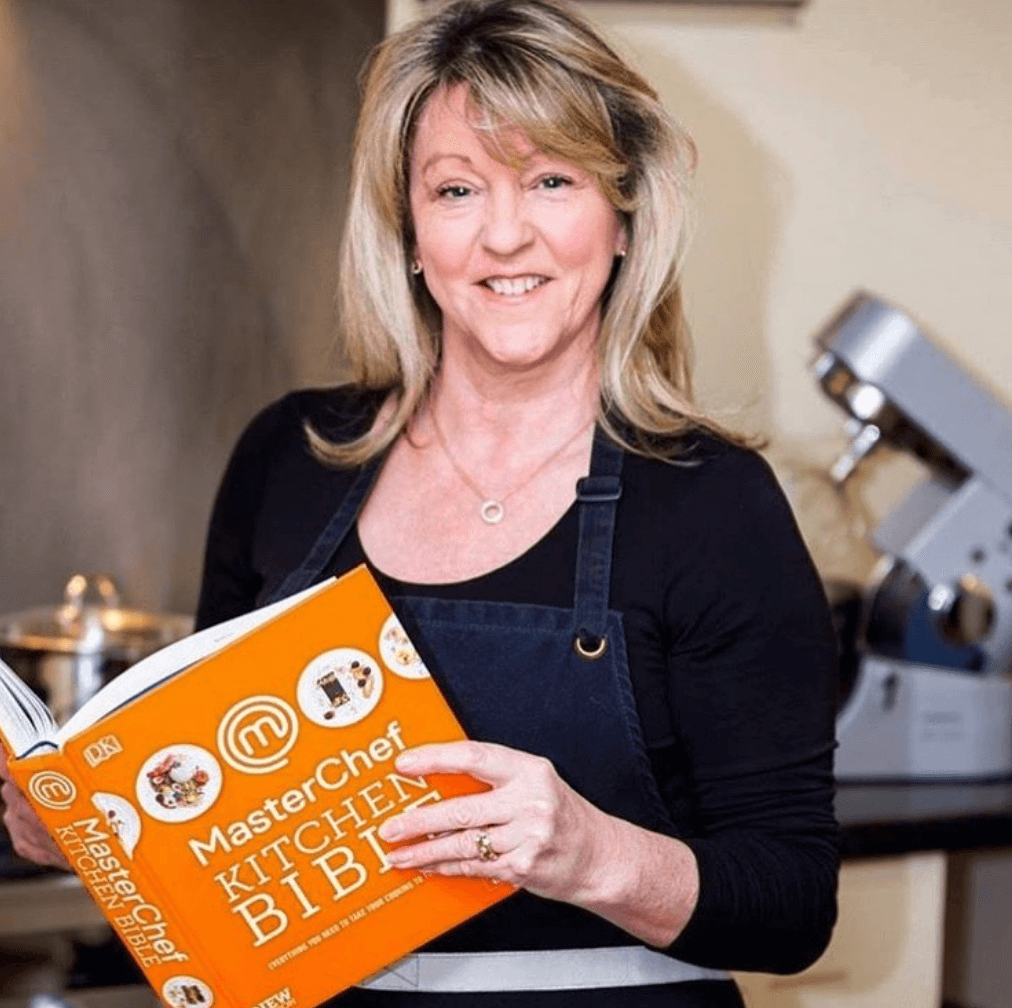 This year, Sarah Dugdale takes on MasterChef cooking and competing through a variety of heats, quarter finals and knockouts until the ultimate winner is crowned. Gregg Wallace and John Torode judge the dishes being served – with all the action, tantrums, successes and burning disasters caught on camera. The winner goes away with a trophy and the prestige of being The MasterChef of the series.

Sarah has accomplished many things in her life. In her early career she trained as a nurse, then worked for the pharmaceutical industry before building a children’s nursery so that she could be at home with her own three children. To Sarah, it has always been important to serve good quality fresh produce to all of her family. When Sarah’s daughters gained music scholarships she had to unfortunately sell the nursery and as one of her other passions was property, in 2005 she set up her own estate agency business.

I have enjoyed cooking from an early age and when I met my partner in 2005, I realised how much he enjoyed the food that I prepared for him. He praised my talent and encouraged me to enter MasterChef.

The only way to handle any criticism is to interpret it positively and learn from it. Most of the comments that I have had so far have been very encouraging.

Obviously it was quite intense being constantly filmed, but we are all encouraged by one another.

I don’t have a particular style. To me, its all about the ingredients you use, so whether I am cooking a fine dining menu, Asian/Indian cuisine or simply a Sunday lunch, doing it well is what matters. I am very passionate about cooking seafood and ‘seafood chowder’ is my all time signature dish.

I was really encouraged by food critic, Grace Dent.

No not so far. I have enjoyed every minute of the experience.

Would there be anything you would change and would you recommend to a friend?

With the benefit in hindsight, most things could be done better, but MasterChef is one of the toughest challenges I have done so far and under the circumstances, I believe that I have stayed calm. I would recommend and encourage anyone who loves cooking to try as its been a very positive experience so far.