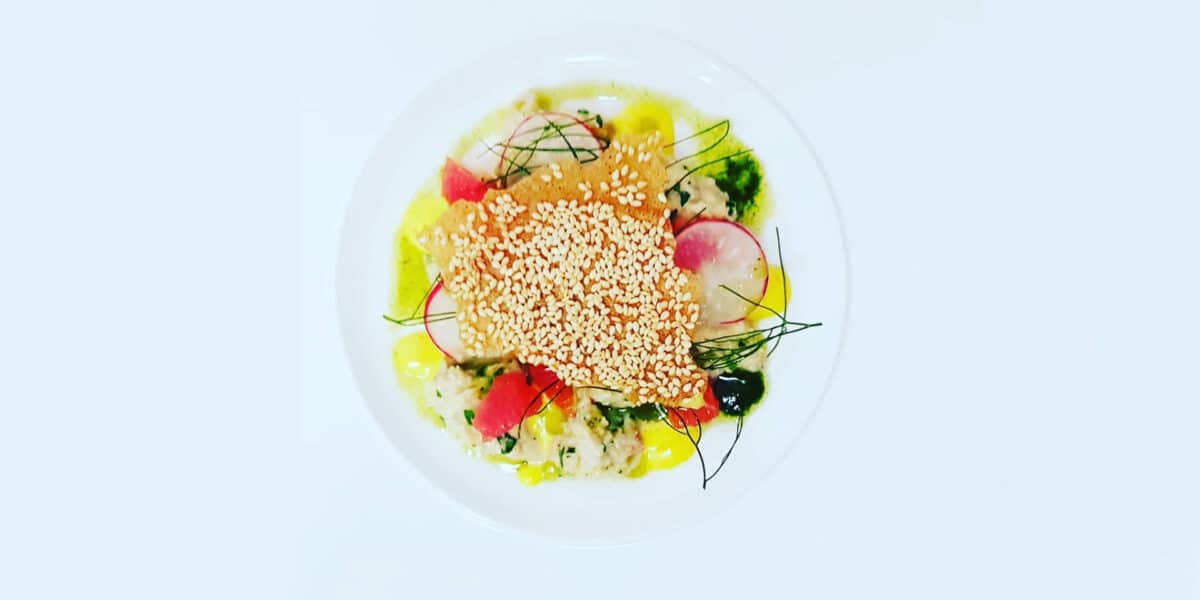 This year, Chris McPhee takes on Masterchef: The Professionals, cooking and competing through a variety of heats, quarter finals and knockouts until the ultimate winner is crowned. Greg Wallace, Marcus Wareing and Monica Galetti judge the dishes being served – with all the action, tantrums, successes and burning disasters caught on camera. The winner goes away with a trophy and the prestige of being The Professional Masterchef of the series.

Chris is a 30 year old head chef at the Freemasons Arms in Nosterfields, North Yorkshire. They focus on using nothing but the best local produce, serving up classic British dishes with small twists, making them their own. With a small team of himself, a sous chef and help from a part time trainee, where they are really hands on and all think with the same creative mind, exceeding nothing but the best for what they do.

What was the reason in taking part in Masterchef?

I have never competed in any serious competitions before, so i thought I would go for one of the most prestigious ones in the country at that moment. Also as a head chef I believe firmly that I need to push myself further and harder more than ever, it’s important to me to set an example to my younger chefs.

Take it all on board, they are all some of the best we have in the world at the moment, it is all positive, constructive criticism at the end of the day, put all of the cameras and BBC to one side, this is a once in a lifetime chance to be criticised or praised by two renowned chefs, just take it all in, you can only be used in a positive manor.

It was very surreal for me, apart from when we are off the camera, I really did not see them in my vision, to me I was in there alone. It was very high pressured though, very tense, felt like a commis chef again.

To me, ive always looked back for inspiration, I never look forward or copy a trend, I believe the past should be used to move forward, so I am always re-doing old dishes, using old techniques, looking back at old kitchens, but modernising them into the skills and knowledge I know today.

What is your cooking style and what can people expect from the food on your menu?

The stage im at now in my life, im very simple, by simple I mean, clean, less on the plate, more focused on main ingredients, more in depth with flavour, making sure everything that is on the plate has a purpose to be there. Also my food is very fun, very relatable to the surroundings im in. Im very happy.

What was your greatest accomplishment during your time on Masterchef?

Getting there, even if I was there for the first round only, i’ve come away with so much to bring back to the kitchen, its taught me to take my time, focus more than ever, and really pay attention to the finer details of the plates i produce.

Were there any down sides during your time on Masterchef?

My presentation let me down, anyone that knows me will know that wasn’t me at my best, it was a real shame. If id paid more attention to my plating, i would of been in the quarter finals. The competition standards are that high and complex.

Would you take part again if the opportunity was to come around and would there be anything you would change?

Yes for sure, this time i would play even simpler, at the end of the day, play the game and beat the cameras, think clever and simple.