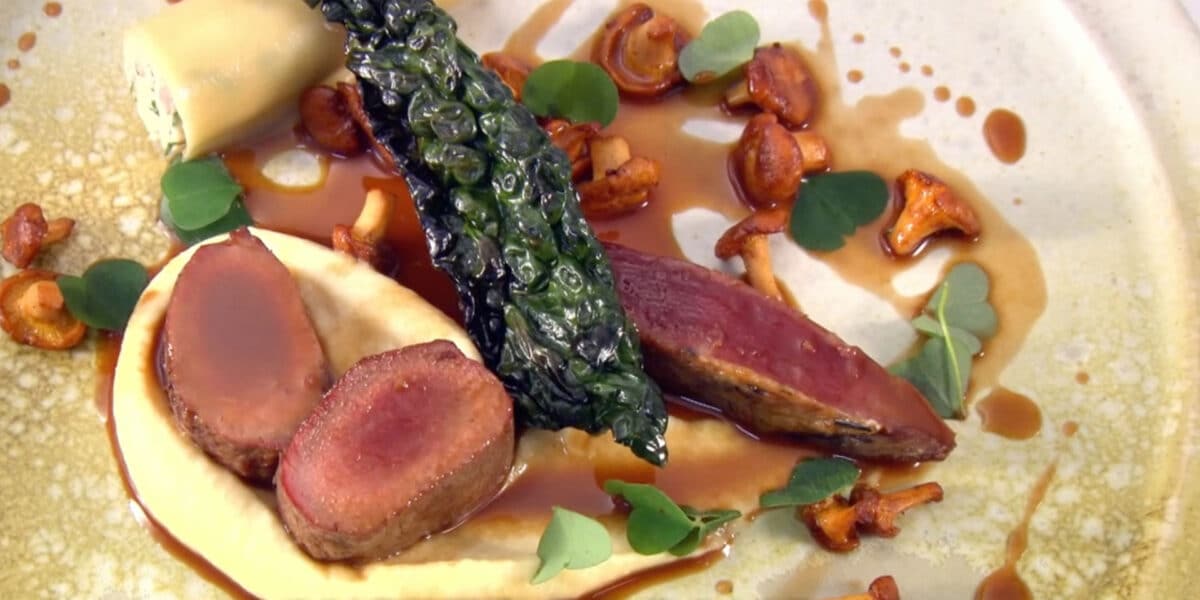 This year Marianne Lumb takes on Sabrina Gidda and Ryan Simpson-Trotman to make it through to the Great British Menu 2018 banquet which is celebrating 70 years of the NHS. This year’s brief is to create celebratory and heartfelt dishes in tribute to the heroic staff of the National Health Service.

Marianne Lumb is a butcher’s daughter from Long Clawson, Near Melton Mowbray.  She has been cooking professionally for 22 years and trained at Graveyte Manor, which she then went on to be a private chef for the Bamford, Sainsbury and Soros families. Marianne reached the finals of Professional Masterchef in 2009 and proceeded onto open restaurant ‘Marianne’ in 2013. She won the AMEX London Restaurant Festival Chef of the Year 2013 and last year her restaurant won the Top Gastronomic Experience 2017 by Hardens Restaurant Guide.

It’s an excellent and prestigious competition.  That pressure is very good for you.

What is the atmosphere like in the kitchen cooking alongside 2 other chefs?

I’m sure you can see we had great banter…

This year’s theme is celebrating the 70thanniversary of the NHS – What is your approach to the imagination & creation of your dishes?

My approach changed for each dish… my starter was about the beginning of the NHS and austerity during the war.  My fish course was based on my experience with the incredible team at St Mary’s. My main course was dedicated to Sir Peter Mansfield, as he created the MRI scanner. And my dessert…. Well you will have to wait and see tonight!

What does the theme mean to you and what would it mean for you to cook a banquet for them?

The NHS is so important to this country and I’m consistently blown away by the energy and commitment from the Drs and Nurses.

What is your greatest accomplishment during your time on the Great British Menu?

I’m pretty happy that I have got two 9’s from Daniel Clifford!

I would definitely take the opportunity.  Yes there are things I would change but I will keep that to myself!