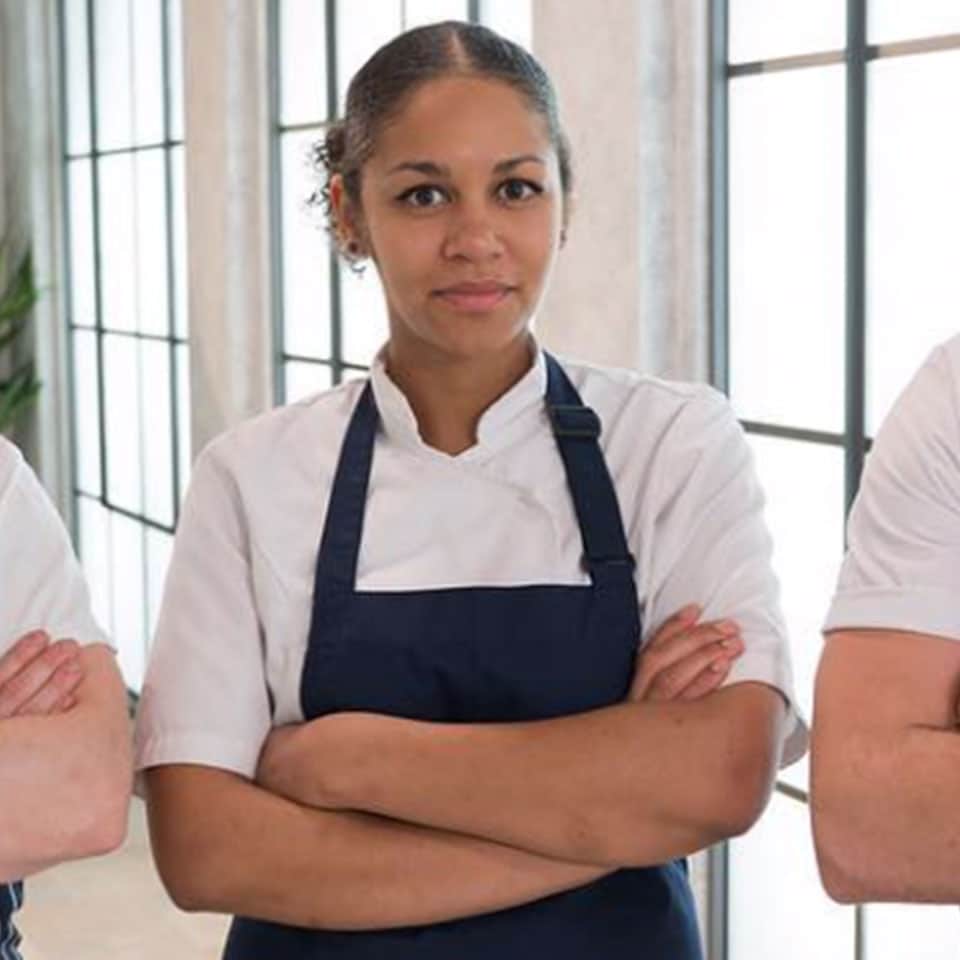 This year, Samira Effa takes on the Great British Menu, cooking and competing through heats in the North East region to earn the right to cook at an exquisite banquet, held at – Abbie Road Studios. With Michael O’Hare judging the dishes being served – They will be honouring the stars and heroes of the music industry from the 60’s to the present day.

Samira is originally from Huddersfield. She is half Iranian and half Nigerian who loves to cook for a living.

I was approached by one of the producers and managed to get chosen for the show. I’ve been watching it since I can remember and was very excited to take part.

I always took on board what each judge had to say. They are there to help and mentor you after all.

Cooking in the GBM kitchen with Tom and Mike was good fun. They were both good people to be in a kitchen with, support was given when needed.

When creating my dishes I wanted to keep it quite personal as food is very personal to me also. I didn’t want to celebrate the people you think of straight away, like The Beatles and Oasis.

The theme was great this year as everyone listens to music in some form. So it was a lot of fun being part of it. Obviously with watching the show all these previous years I felt very humbled to have been chosen. I wish I did manage to get through so I had a chance to cook at the banquet! Tom’s food was absolutely incredible so I was very pleased for him.

I don’t believe there were any downsides to GBM. It’s hard work but also very fun. They basically give you a platform to show off your skills, how can there be a downside to that?

If I was asked I think I would take part again, depending on where I am and what I’m doing at the time.