MasterChef: The Professionals 2018 – Week One Heats 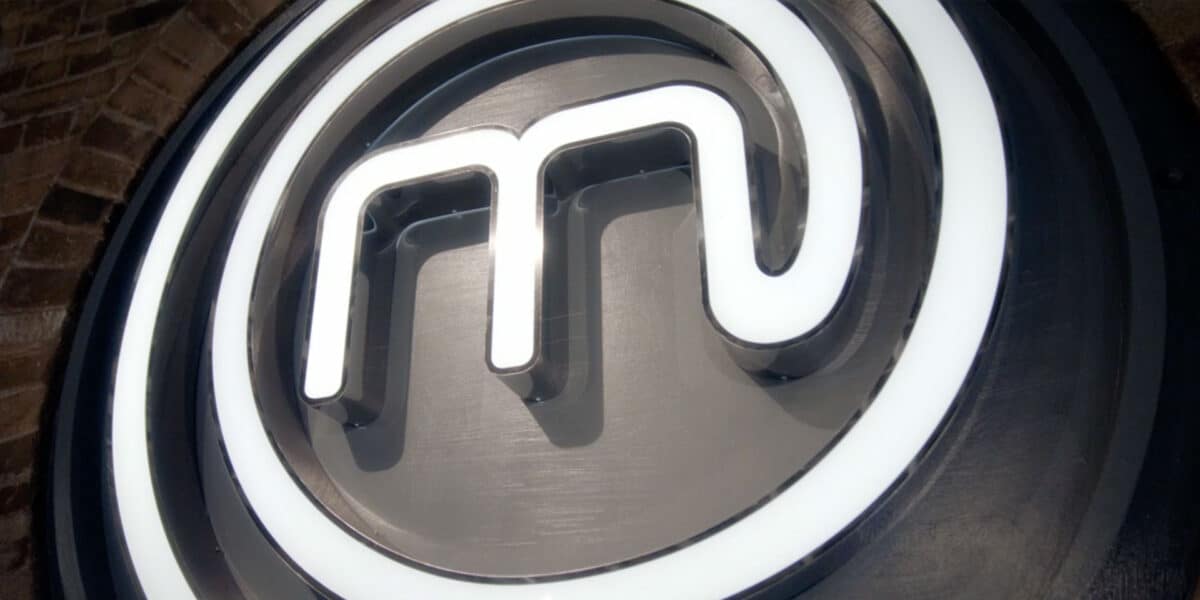 Week one of Masterchef: The Professionals is over, and 48 contestants from around the country with a range of backgrounds have started to battle it out to be named the Culinary Professional Champion.

For the next 4 weeks, Tuesday’s and Wednesdays episodes will each have 6 contestants who will be competing and cooking through a variety of heats, quarter finals and knockouts until the ultimate winner is crowned. Who are then whittled down to 2 groups of 3 who will appear in the quarter finals on a Fridays episode.

In the first opening heat, each chef begins with the famous skills test. Under the watchful eye of all three judges, the first moments for any chef in this competition are crucial, as their knowledge, palate and experience are tested. The 3 chefs began to each cook tempura squid with a roasted garlic and saffron mayonnaise. They had only 15 minutes to show how to prep a squid before perfectly cooking it tempura-style, whilst also having to whip up an impeccable mayonnaise, set by Monica Galetti.

The remaining 3 chefs face marcus’ skills test. Challenging them to cook a cauliflower steak with 2 cauliflower garnish and a nut butter.

Lets meet and see how the chefs got on, in episode one…

Gregg, had a couple of issues with Archie’s dish and issues that “would make me send the plate back”.

The kidneys were bleeding into the crispy coating, leaving blood on the outside. The liver wasn’t cooked all the way through, and the truffle was was “beautifully smooth” but he had used to much seasoning that taste of the truffle has disappeared.

Monica was left “upset and disappointed” to find that the rabbit wasn’t cooked properly inside, as the dish that “had great potential”. Marcus felt the same towards the dish, “the ideas were good, you just haven’t executed them well enough”.

Monica Galetti loved the salmon dish, but was left perplexed and confused about rest of the garnish, saying the sharpness of the pickled veg didn’t connect with the very sweet butter sauce and wasn’t a balance she would want on her dish.

Gregg Wallace loved the sauce, but criticised the veg saying it was “far too strong”.

Marcus Wareing agreed with the both judges on the strong pickled veg, and went on to say that the salmon crisp has the crunch and flavour and therefore the best natural flavour on the plate.

Jess, aged 23. Sous Chef at a boutique hotel in Wales.

Being reduced to tears in the first skill test challenge set by Monica, Jess has a had a tough time. The Judges refused to even try her tempura squid rings. Gregg Wallace went on to say “I’m concerned enough about it that I don’t want to taste it”.

Monica uplifted her spirits by stating that the beef was “cooked wonderful, its a beautiful piece of meat” but unfortunately went to say “the piece you served us has the biggest bit of fat and sinew in the middle of it and we have had to eat around it”.

Gregg, agreed with the cooking of the beef and went on to say that the “apple potato is lovely, soft and buttery.” He was looking forward to the madeira and tarragon as he believed this would have made the dish come alive but the flavour just wasn’t strong enough.

Marcus felt “short changed” with this dish with only criticism to give.

Andre performed the best of evening, being one of the few competitors to have cooked his meat “wonderfully pink”, and executing a “very, very good onion puree”, and “beautifully well made sauce”.

The dish had many flavours and textures that worked altogether, “a cook with great imagination, a good touch and by the looks of it a sense of fun” Gregg Wallace was very “impressed”.

Regardless the judges comments, Andre still believed he “could of done better”.

Gregg was pleased with the beautiful presentation, but he was already slightly concerned “how rare the lamb was”, but Callum’s artichoke cookery was “the star of the plate” according to Marcus Wareing.

Callum’s dish had great potential of being the dish of the night, with Gregg saying “we’re ‘that much’ away from an absolute knockout dish”. Galetti agreed and went on to say “everything on this dish I cannot fault, but I wish you nailed it on the lamb as well”.

Callum was “on the edge of something great”.

Michelle instantly had a great start, with Gregg Wallace commenting “I love this plate already, it reminds me of spring.”

Wareing said Michelle’s chicken was “beautifully cooked”, and there was an interesting and strong flavour running through the dish. The sauce was far too greasy for his liking and therefore the puree was lost within, he concluded the dish by saying it was “slightly out of balance”.

Galetti didn’t state much on Michelle’s dish but did say “there are points to work upon and get better at, but there is beautiful things coming from this plate”.

Gregg, Marcus and Monica all agreed that the 3 chefs going through to the quarter finals would be; Andre, Callum & Michelle. Unfortunately saying bye and good luck for the future to Archie, Darren & Jess.

Lets meet and see how the chefs got on, in episode Two…

The first 3 chefs began to showcase their knife skills and butchery knowledge by cooking a hanger steak with chimichurri sauce, in this skills test set by Marcus Wareing.

The remaining 3 chefs face Monica’s skills test. Challenging them to cook and serve a first-class dish of gurnard with a mediterranean pepper and tomato sauce.

A very interesting dish, with all the ingredients working “very, very well” but letting himself down with Marcus not liking “the sweetness running through it” as it doesn’t compliment the dish at all.

On the other hand Gregg Wallace loved everything about the dish;  sweetcorn, sticky sauce, cooking of the beef, but he wasn’t a fan of the bone marrow as it “just felt odd”. Monica would have liked a little less miso, but overall “it wasn’t a bad start”.

Marika, aged 34. Head Chef at a bar and grill restaurant in Manchester.

Marika had succeeded in the cooking of the version and “got it just right” but unfortunately there was ingredients on the plate that didn’t work for Marcus. There was “so much bitterness and sweetness on the dish” this was causing confusion for the judge.

Monica didn’t like the chocolate sauce that accompanied this dish, she thought the chef had gone “1,2 ingredients too much”. Gregg disagreed with the other judges and encouraged the dish “theres so much I like” and really enjoyed the the out of balance sweet and bitterness, and believed that she “should be admired”.

Ross, aged 31. Senior Sous-chef at a hotel in Manchester.

Monica enjoyed the “stuffing of the quail”, although was disappointed in the lack of walnuts. Gregg also loved the quail, although he couldn’t handle all of the sweet elements of the dish together, even though it was “intriguing”.

Marcus noted that the quail was beautifully and skilfully prepared, but was overstuffed. Ross showed “interesting potential”.

Wareing loved the “beautifully cooked pigeon”, and the sauce was like silk. He went on to say “this dish tells me that we have a very, very good chef standing right here”.

Gregg loves pigeon, and agreed Alex’s was cooked perfectly. Especially liking the pastry cigar,  “crunchy on the outside and smooth in the middle”, saying “everything works in there” on this dish.

Monica was over the moon with this dish, “I see this and I see Alex – this chef is serious, he means business”.

Matt, aged 33. Senior Sous Chef at a hotel in Glasgow.

Matt’s fish was unfortunately over cooked for Monica’s liking, there was a lack of sauce and she “wanted to be blown away”. Marcus went on to say “theres a lot of ingredients that should come together, but they don’t” and “nothing binds the dish together”.

Gregg had high hopes and believed “it could have worked” but there just “wasn’t enough of them”. Matt was disappointed it didn’t go they way he had planned.

Gregg was concerned and unsure with the look of the plate and said “its like you’ve prepared two dishes, with one at one end of the plate and one at the other”. He then went on to agree that they “taste like two different dishes” and thought josh had tried “ideas that you know how to cook, but I think you struggled to bring them together”.

There was elements Galetti liked on the plate “the ricotta goes very well with the asparagus” but was left disappointed with the pasta as she wanted to have tasted the smoky flour that “wasn’t coming through enough”.

Marcus said the lamb was too tough, the ravioli didn’t do anything for him and expected “more of a sense of Italy on the presentation and plate”.

Gregg, Marcus and Monica all agreed that the 3 chefs going through to the quarter finals would be; Luke, Marika & Alex.
Unfortunately saying bye and good luck for the future to Ross, Matt & Josh.