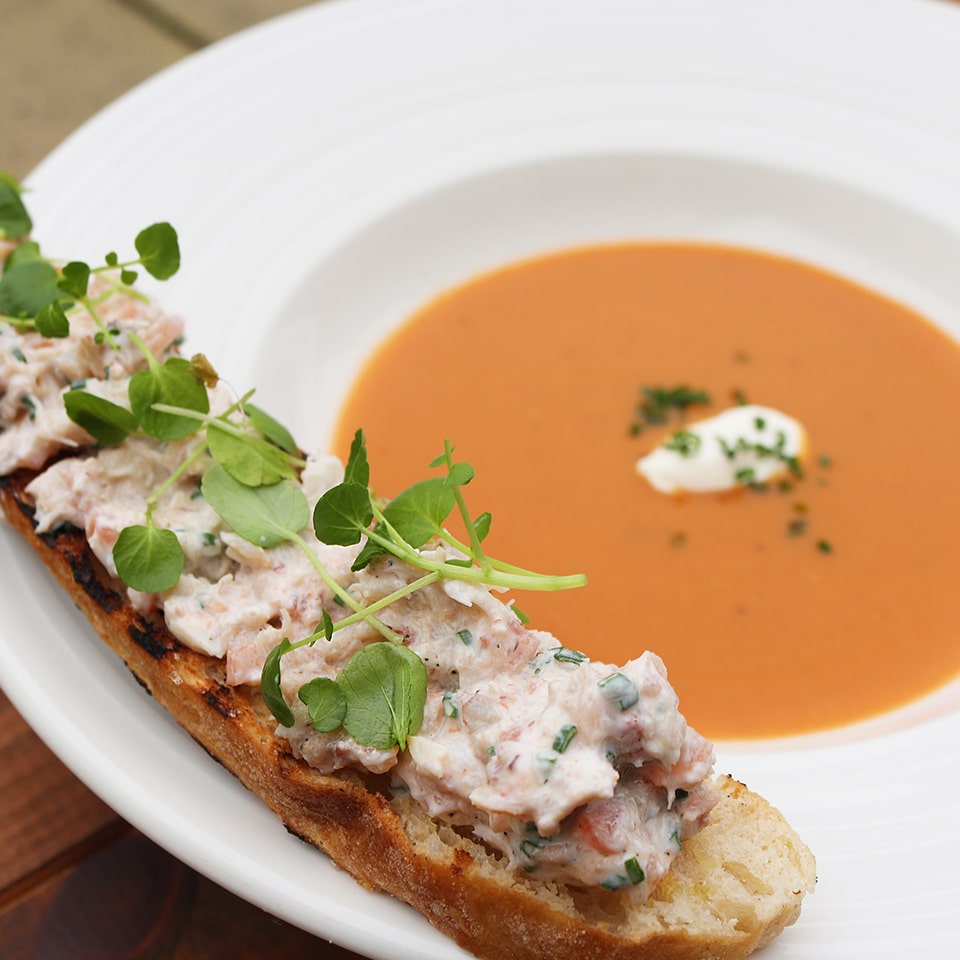 Heat the olive oil in a large saucepan and start to roast the lobster and crab bones, once they have started to roast well add the onion, carrot and celery and cook over a low heat.

When the vegetables browned add the thyme, bay leaf and saffron threads stirring occasionally so they do not stick to the pan.

After roughly 5 minutes stir in the tomato puree and cayenne pepper and cook out the tomato paste then add the brandy and wine, flambé to burn off the alcohol.

Add the fish and chicken stock and bring up to the boil, season lightly with sea salt. Simmer for 40 minutes stirring occasionally making sure to skim off any scum.

Add the cream and blend until smooth and then pass through a fine strainer.

Spread the mix over the crostini and top with baby watercress. 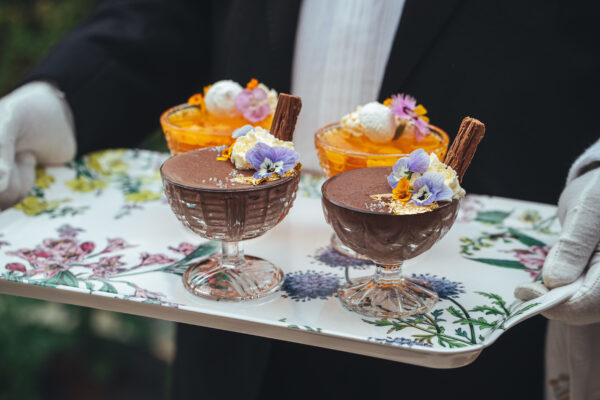 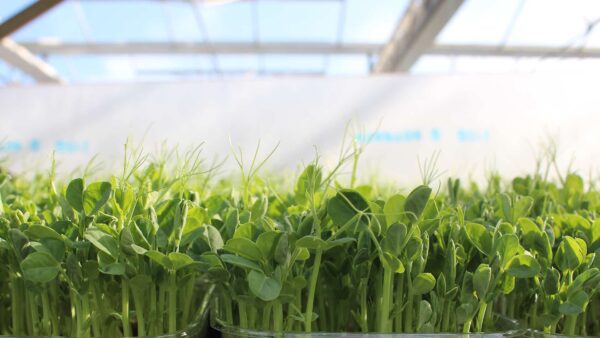