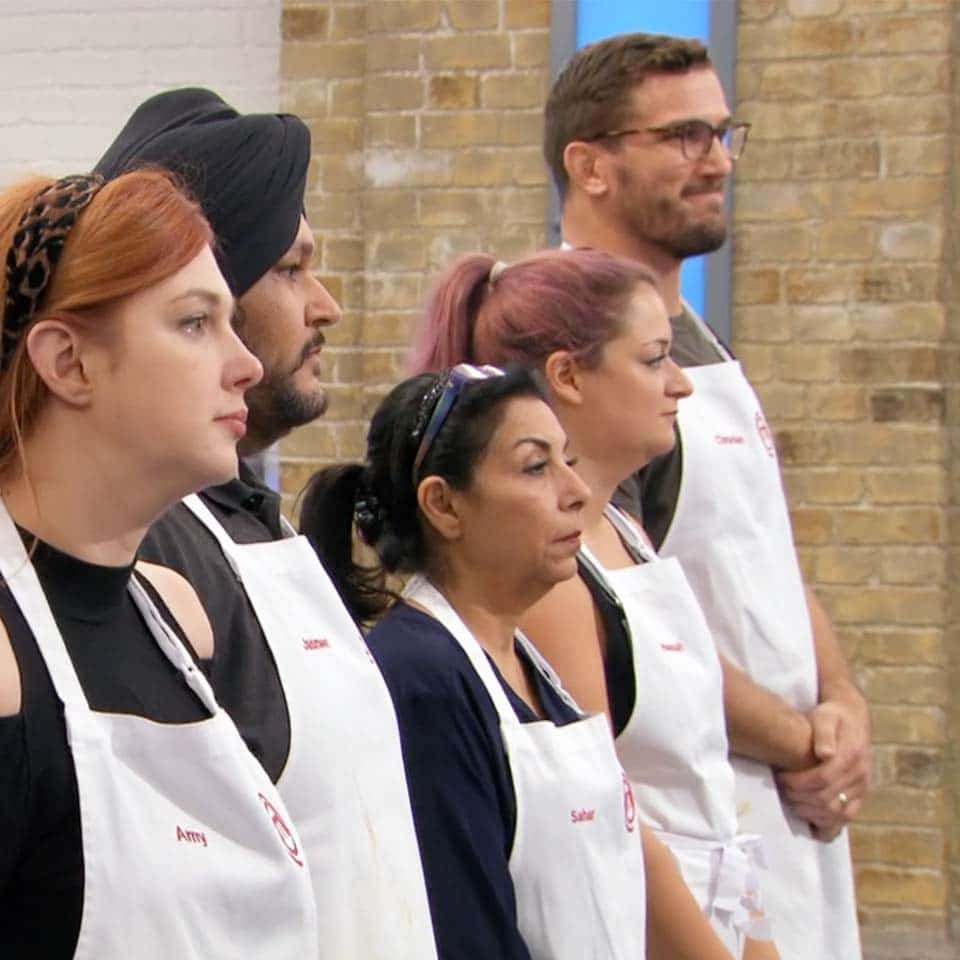 MasterChef 2020 is in its third week of quarterfinals. On Thursdays episode, 6 more cooks battled it out for 3 places in knockout week.

The week, judges Gregg Wallace and John Torode were joined by guest judge and renowned food writer and critic, William Sitwell. William set the quarterfinalists the brief to create a star plant-based dish in 1 hour 30 minutes. Plant-based meant the cooks were not allowed to use any animal products – no butter, milk, eggs, or meat.

Let’s see how the cooks got on, and whose won themselves a place in knockout week…

Signature Dish: Chana chickpea masala; a chickpea curry and a potato cake stuffed with lentil daal, topped with a spiced aubergine steak and a cassava crisp, served with a mango, coriander and spinach sauce.

William complimented Mustan’s presentation, saying it was ‘elaborate beyond belief‘. Overall he was impressed with the ‘intriguing flavours‘ of the dish, but found the aubergine steak was undercooked and the crisp needed to be crispier.

John agreed that there was complex spice and the aubergine wasn’t cooked enough.

Gregg thoroughly enjoyed the sauce and the complex flavours Mustan had achieved. Although, he agreed with the other judges and said the aubergine steak was undercooked.

William loved Amy’s flatbreads and said they were ‘absolutely delicious’. It was just the main element of the dish he was not pleased with, saying there was a lack of texture and the sauce was ‘gloopy‘.

John enjoyed the sage leaves and pine nuts, although agreed the gnocchi was too dense. He also said with the vegan cheese with coconut, it meant the dish became sweet.

Gregg agreed with John, saying the dish was too sweet and the gnocchi and the sauce had blended together.

William was thrilled with the chips, saying they were ‘perfect’. He also loved the sauces, saying, ‘much of this is very very clever’. It was only the fish substitute he called ‘absolutely horrendous’ because of the density of the tofu.

Gregg agreed with William, saying the tofu was too thick. Although, that was his only criticism; he complimented every other element of the dish.

John also said there was ‘way too much tofu’. However, he did liked the nori seaweed and said the batter was ‘fantastic‘.

John was pleased with the rice, saying it was cooked ‘beautifully’ with nice flavours. However, overall, he said the dish was ‘a little bit sweet‘.

William was a little disappointed, saying there was ‘something missing’.

Gregg agreed with the other judges, as he too found elements too sweet and possibly more like accompaniments to a bigger dish. He said the confit onions would be difficult to eat on their own.

Gregg was thrilled with Jasmeet’s dish and complimented every element, saying ‘I absolutely love that’.

William was equally as complimentary, saying it ‘looks intriguing, but it tastes sensational’. Overall, he said it was a ‘truly memorable dish’.

John agreed with the other judges and said it was a good job on all elements, including presentation.

Gregg was impressed and said the presentation was ‘fabulous‘. It was only the sponge he found too dense, and the gel had a little too much setting agent.

William was also pleased with the dish and said he loved the contrasting textures, which worked well with the chocolate. He only criticised the fact he was ‘desperately looking for something creamy’.

John agreed with Gregg, saying the presentation was beautiful, and there was clearly a lot of work on the plate. Although, he also had criticisms, saying the cake was ‘quite dry‘.

At the end of the round, the judges decided the cooks going through to knockout week and are still in the running to be MasterChef 2020 champion are Jasmeet, Christian and Hannah. Meaning it was goodbye and good luck for the future to Amy, Sahar and Mustan. 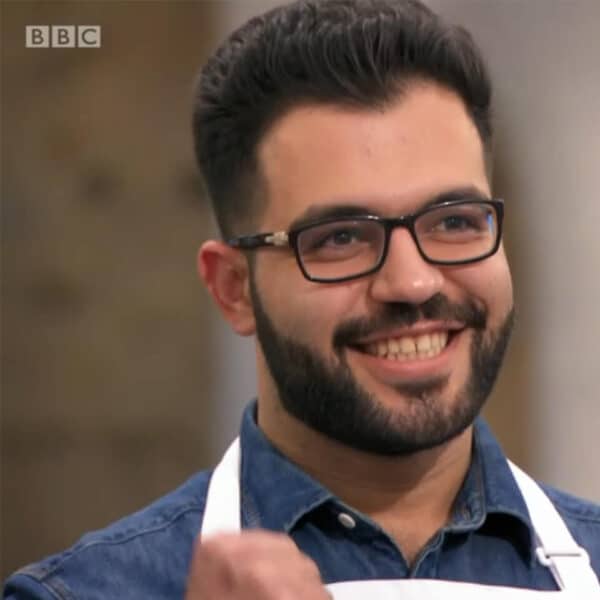