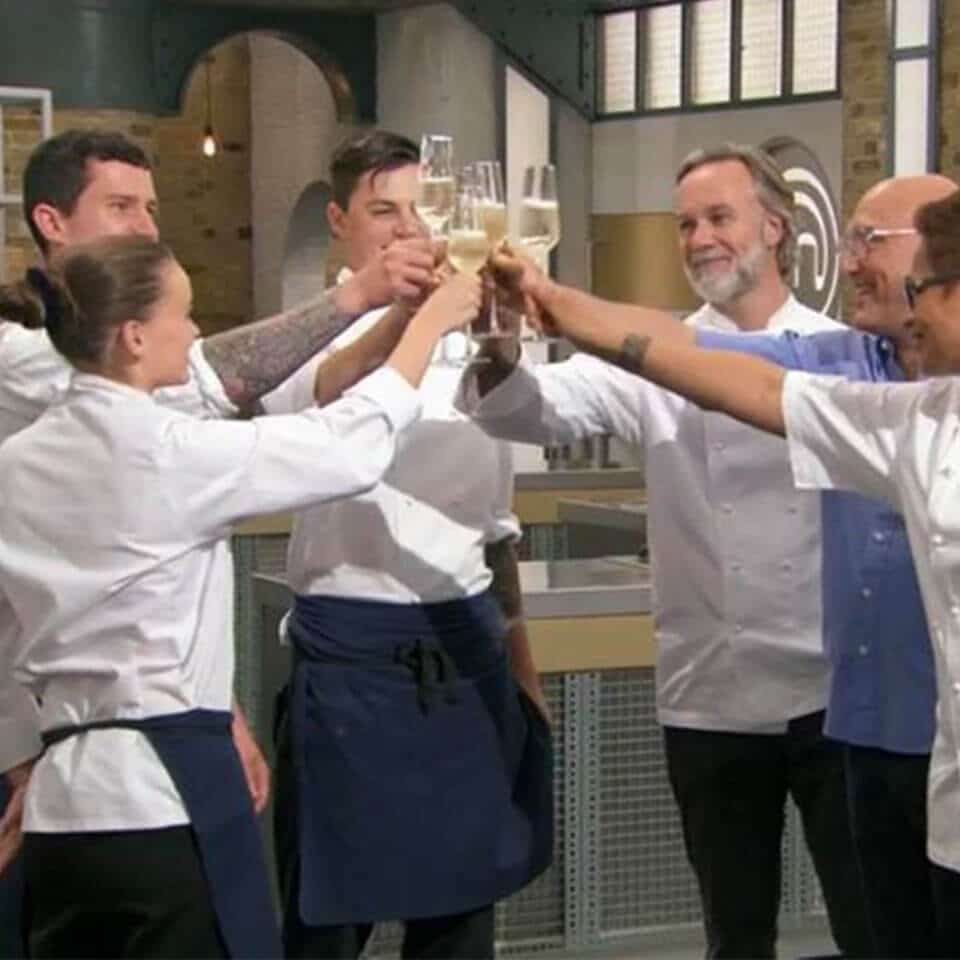 MasterChef: The Professionals knockout week continues, and in Friday’s episode, the next 5 chefs take on the MasterChef Pop-up challenge. Taking place at the Pergola in London, judges Monica Galetti and Marcus Wareing want the chefs to create a dish to serve to 25 specially invited guests.

Given limited equipment, no ovens, and only 2 hours 30 preparation time, the chefs must use their imagination and impress the guests with one striking dish.

The guests will then vote for their favourite dish and the one chef who gets the most votes in this first challenge will secure themselves a place in the semi-finals. The four remaining chefs will then be given one more opportunity to deliver a signature dish to impress the judges. From here only 3 chefs will make it through to the next round, leaving one chef eliminated from the competition.

Lets see how the chefs got on in episode 15…

The guests gave mixed reviews of Freddie’s dish. Some said it looked really delicious and the fish was beautifully cooked, although some felt the pancake looked a bit stodgy and was too thick.

Marcus was slightly disappointed. He felt the pancake was too thick although the dish had potential.

Monica was a little more enthusiastic about Freddie’s dish. She enjoyed it and said it was ‘nice‘, but could’ve been taken to the ‘next level‘.

The guests were very excited when they saw Malin’s dish, saying it looked ‘amazing‘, and the lobster was ‘delicious‘.

Monica was absolutely thrilled with Malin’s dish and said ‘they look great’, and complimented the overall dish as ‘delicious‘.

Marcus also loved the dish. He said he loved all the contrasts, saying they complimented each other very well.

The guests gave mixed reviews on Olivia’s dish. Some said it was ‘amazing‘ and ‘faultless‘, whilst others felt it lacked flavour in certain elements.

Monica was happy with the dish and said it was lovely, but she just wanted more.

Marcus was also pleased with the dish saying it was ‘beautifully made, beautifully balanced, and looks sensational’.

The guests were really happy with Stu’s dish and one even said it had ‘everything‘ – great flavours, great textures.

Monica said the dish was very clever and ‘well made‘. She was happy with Stu’s dish and complimented the faggots as ‘fantastic‘.

Marcus couldn’t contain his enthusiasm with Stu’s dish, he absolutely loved it. He said Malin’s dish was great, but Stu’s was ‘incredible‘.

Again, the guests gave mixed reviews for Monty’s dish. Some said it was ‘tremendous‘ and ‘delicious‘, meanwhile, others were unsure about the ice cream, saying it lacked coconut flavour.

Marcus was impressed with the dessert. He said ‘its fun, its exciting‘. However, he said he would’ve liked to see more rum in the ice cream.

Monica was also pleased. She enjoyed the barbecuing of the pineapple and said the salsa with the ice cream was great.

After the guests had cast their votes, it was a close competition for all the chefs, but Malin, Stu and Olivia came out top. Unfortunately, only one person would secure a place in the semi-finals after this round, and it was Malin who had managed to come out on top.

This meant the remaining 4 chefs – Freddie, Monty, Stu, and Olivia– now have 90 minutes to impress the 3 judges with their signature dish to pull 3 of them through to the semi-finals.

Monica was really pleased with Freddie’s work. She said the whole dish worked well together and the turbot had been beautifully cooked.

Marcus loved the artichokes and the langoustine veloute. He said ‘everything about this dish works, this whole dish is a star‘.

Gregg was equally thrilled, saying he enjoyed ‘every single‘ element.

Gregg complimented Olivia for the ‘extraordinary‘ colours she had presented, but criticised the flavours for being too subtle.

Monica said the lobster had been ‘beautifully cooked‘, but said she was getting a lot of elderflower flavour. Overall she said she could see a lot of elements, but couldn’t taste them.

Marcus was happy with the sauce, calling it ‘inventively creative’. However, alike Monica, he said he was getting a lot of elderflower flavour.

Gregg enjoyed Monty’s cooking of the beef, and liked the flavours of the dressing. However, he found the overriding flavour was black garlic.

Monica was a bit disappointed with the dish, saying everything was piled on top of each other so the flavours were hard to distinguish.

Marcus disagreed with the other judges and said he enjoyed the black garlic flavour, although he said Monty had made a basic error with the beef – cutting it with the grain – which made it tough.

Gregg enjoyed the cooking of the ballotine and said the ‘star of the show‘ was the spring roll. He did however say there was only two elements and Stu could’ve done a few more things to show off his skills.

Monica loved the sauce and the spring roll although did agree with Gregg, saying he could’ve shown a few more elements to the dish.

Marcus appreciated that lots of elements of the dish had been cooked well, although he said the mousse had split.

After careful consideration, the judges decided the chefs going through to the semi-finals would be Stu, Olivia and Freddie.

Unfortunately saying goodbye and good luck for the future to Monty.