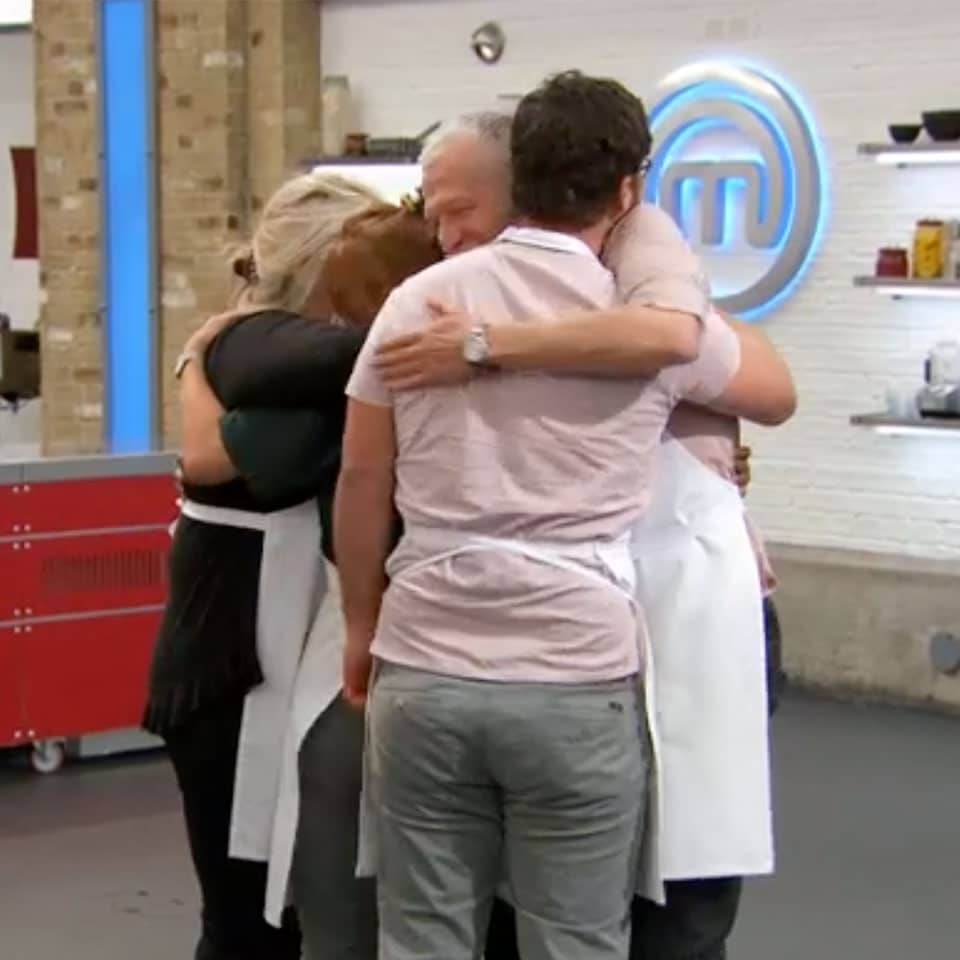 Knockout week continues with twelve remaining chefs battling to become semi-finalists. The heats intensifies as the group is spilt into 2 groups and get their first taste of a professional kitchen when they have to run an entire lunchtime service.

The first group head to the Frog in London’s Covent Garden, restaurant of Masterchef: The Professionals 2013 finalist, Adam Handling. The first six amateur cooks will be entirely responsible for serving the restaurants menu to paying customers.

Then it’s back to the MasterChef kitchen for an invention test with John and Gregg. In a bid to stay in the competition, each cook will have to show what they have learnt from their experience to create a dish worthy of gracing the table of a professional restaurant.

Lets see how the first group of chefs got on…

Annabel had done a great job with her ‘Mother’ dish.

Michel Roux Jr enjoyed the flavour from the quail but said it was shameful that the skin didn’t a ‘beautiful golden brown colour‘.

Gregg enjoyed the flavour of the sauce and lentils, and even though her egg yolk hadn’t worked, Gregg parsed the cook on her ‘ambition’.

John enjoyed the parsnip puree the most.

Panisha had a huge amount of work to do which Gregg thought was ‘superb’.

Signature Dish: Butterscotch and saucisson tortellini in a tomato broth, with a basil and chervil herb oil and fried sage leaves.

Gregg was happy with the making of the pasta and ‘really liked‘ the flavours of the dish.

John liked that there was a ‘shine in her sauce‘ and all the tortellini were the same size.

Michel Roux thought her idea was ‘very bold‘ and praised the cook on the outcome.

Michel Roux Jr said the squid was ‘beautifully cooked and really well seasoned‘, but struggled with the amount of tomato skins in the tomato sauce.

Gregg enjoyed the ‘depth of flavour‘ within the dish and ‘couldn’t keep his spoon out‘.

John wished for his flatbread to be more ‘bouncy‘, but praised the cook on his understanding of flavour.

Alex had cooked a very complex and delicious plate of duck.

Michel Roux Jr enjoyed the cooking and seasoning of the pork loin ‘good‘, but thought the dish as a whole was ‘too sweet‘.

John suggested less sweet and more of the artichoke puree which was ‘delicious‘.

Gregg loved the sweetness within the dish, and for him it was ‘perfect‘.

Thomas showed care and delicacy in his sweet dessert.

Michel Roux Jr loved the sweetbread and onion jus, however the pork loin was over cooked and the presentation didn’t look ‘harmonious‘.

John loved the onion puree and sweet breads, but found the rest a bit ‘clunky‘.

Gregg really like the cooks flavours, bit needs to improve the look of his dishes as its ‘letting him down‘.

Paul had understood and executed the dish perfectly.

Michel Roux Jr enjoyed the flavour and cooking off the quail breast, but didn’t find the dish ‘quite refined enough‘.

John thought there was ‘too many blackberries in the sauce‘.

Gregg wished the potato was more buttery and was ‘disappointed in the puree‘.

Gregg, and John both agreed that the 5 chefs going through to the next stage would be; Annabel, Thomas, Geoff, Alex & Panisha.
Unfortunately saying bye and good luck for the future to Paul.

Then it’s back to the MasterChef kitchen for an invention test with John and Gregg. In a bid to stay in the competition, each cook will have to show what they have learnt from their experience to create a dish worthy of gracing the table of a professional restaurant.

Lets see how the second group of chefs got on…

Irini has made a beautiful Mexican starter and a job well done.

Michel Roux Jr loved the flavours and was impressed with the cooking of the fish and ‘would happily eat both‘.

Gregg reassured how Michel’s comments were true praise and thought it was a ‘light but beautiful flavoured and presented dish‘.

John enjoyed the ‘texture and flavour that came together to make the fish sing‘.

John was very impressed with the cooking of the guinea fowl, but thought the sauce and puree was ‘too sweet‘.

Gregg disagreed and thought it needed that sauce to take it from ‘good to brilliant‘.

Michel Roux Jr was very happy with the choice of ingredients, and said the dish showed ‘confidence and accomplishment‘.

Signature Dish: Crispy lamb sweetbreads on diced pepper, courgette and apple, with a thyme and garlic infused cauliflower steak, a spinach and goats cheese puree and a chard red pepper and goats cheese chilli puree, finished with a chilli oil.

Michel Roux Jr started by mentioning the positives on the plate, but as a diner he wouldn’t like that the ‘goats cheese is prominent and doesn’t think it works with the sweetbreads‘.

John was happy with the texture, but was overpowered by goats cheese and couldn’t taste the undercooked sweetbreads.

Gregg enjoyed the sweetness of flavours coming from the dish, however he didn’t like his sweetbreads.

John thought it was great and said it was a plate of ‘sunshine‘.

Gregg agreed with the other two judges and told Jilly to ‘keep going‘ as her work is ‘great‘.

Michel Roux Jr enjoyed the cooks choice ‘combination of ingredients‘, but said the execution of the tart was ‘cooked enough‘.

John thought the fig syrup was ‘delicious‘ but was disappointed that the frangipani wasn’t ‘cooked enough‘.

Gregg loved the ice cream and thought the flavours were ‘bang on‘.

Michel Roux Jr thought the pie lacked elegance, however only liked certain elements within the dish. Suggested to ‘only concentrate on one thing, and thought the cook was trying too hard‘.

John was sorry that he didn’t like the dish.

Gregg was disappointed in the ‘lack of flavour‘ in the sauce and the dish as a whole ‘didn’t work‘.

Gregg, and John both agreed that the 5 chefs going through to the next stage would be; Annabel, Thomas, Geoff, Alex & Panisha.
Unfortunately saying bye and good luck for the future to Paul.