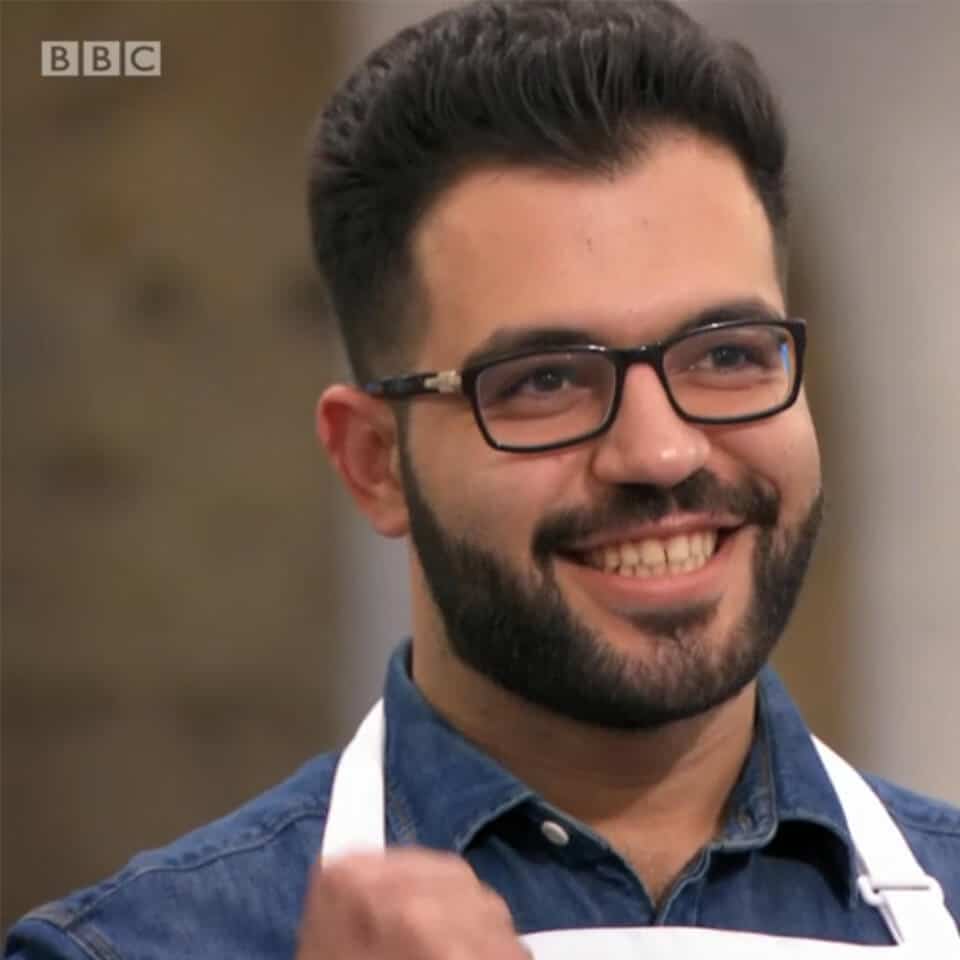 MasterChef 2020 is in its second week of quarterfinals and on Fridays episode, the 6 contestants were set the critics test. Set by renowned restaurant critic, Grace Dent, the cooks must make an impressive dish in 50 minutes to secure themselves a place in knockout week.

The brief from Grace was to make a ‘party dish’. The dish must be able to be shared between a minimum party of 6. Grace and judges John Torode and Gregg Wallace would then choose their favourites, who would be going through to the next round.

Lets see how the cooks got on, and which 4 secured themselves a place in knockout week…

Grace was incredibly complimentary of the dish, saying the chicken was ‘delicious‘ and the flavours had lovely sweetness and heat. She said ‘no complaints from me, I am happy‘.

John also loved the chicken and thoroughly enjoyed the bursts of flavour from the dish.

Gregg agreed with the other judges and was really pleased with the dish, saying it was ‘absolutely delicious‘.

Signature Dish: Beef rendang served with rice, chilli sambal with lemongrass and turmeric, and a garlic roti. Garnished with coriander.

Grace loved Max’s roti and said the sambal was ‘so delicious‘. Her only criticisms were that the rendang didnt have a lot of coconut flavour and the beef was a bit tough.

Gregg agreed that the sambal was ‘lovely‘, and it was just the beef that was tough.

John loved all elements of the dish, his only criticism was that the rendang was dry.

Grace enjoyed the tacos and said they looked ‘wonderful‘. Although, she criticised the dish for not having enough ‘oomph‘.

John agreed with Grace, saying the dish needed more chilli or lime. However, he liked the fish cookery and the pickled onion on the pork.

Gregg agreed that the tacos were good but needed ‘ramped‘ up.

Signature Dish: Her own take on a bouillabaisse – Mussels, monkfish, pollock and salmon in a broth with fennel, tomatoes and sardines, served with a rouille made from olive oil, garlic and saffron, served with croutons and garnished with chopped herbs.

Grace loved the look of the dish, saying it was ‘absolutely beautiful‘. She also loved the flavours Jane had through the dish.

John agreed and said the dish was ‘absolutely brilliant‘. John complimented every element of the dish, saying the fish was cooked ‘beautifully‘. Although, his only criticism was that it didnt need the sardines.

Grace loved the dipping sauce and the level of spice Alex had achieved. She also complimented the flavour of the butternut squash; it was just the parathas she found ‘strange‘.

John agreed with Grace, saying he found the parathas dry, although he enjoyed the flavours of the duck skin. Overall, John was confused by the dish, saying there were lots of contrasting flavours.

Gregg disagreed with John, as he found the ‘confusing‘ flavours enjoyable. Except, he did say there was no denying the fact the duck was ‘dry’.

Gregg was very impressed with David’s dish, saying they ‘might be the best looking tacos I’ve ever seen’. He was very complimentary of David’s flavours.

Grace was equally as pleased with the dish. She said the fish was ‘delicious‘ and the taco was ‘light‘, with a great heat to the dish; ‘its got a good kick‘.

John was thoroughly impressed with David’s ideas, saying the kiwi fruit with the avocado was ‘inspired‘.

After careful consideration with Grace, the judges decided the 4 chefs going through to knockout week of MasterChef 2020 would be David, Jane, Sandy and Max. Meaning it was goodbye and good luck for the future to Dr Alex and Bruce.