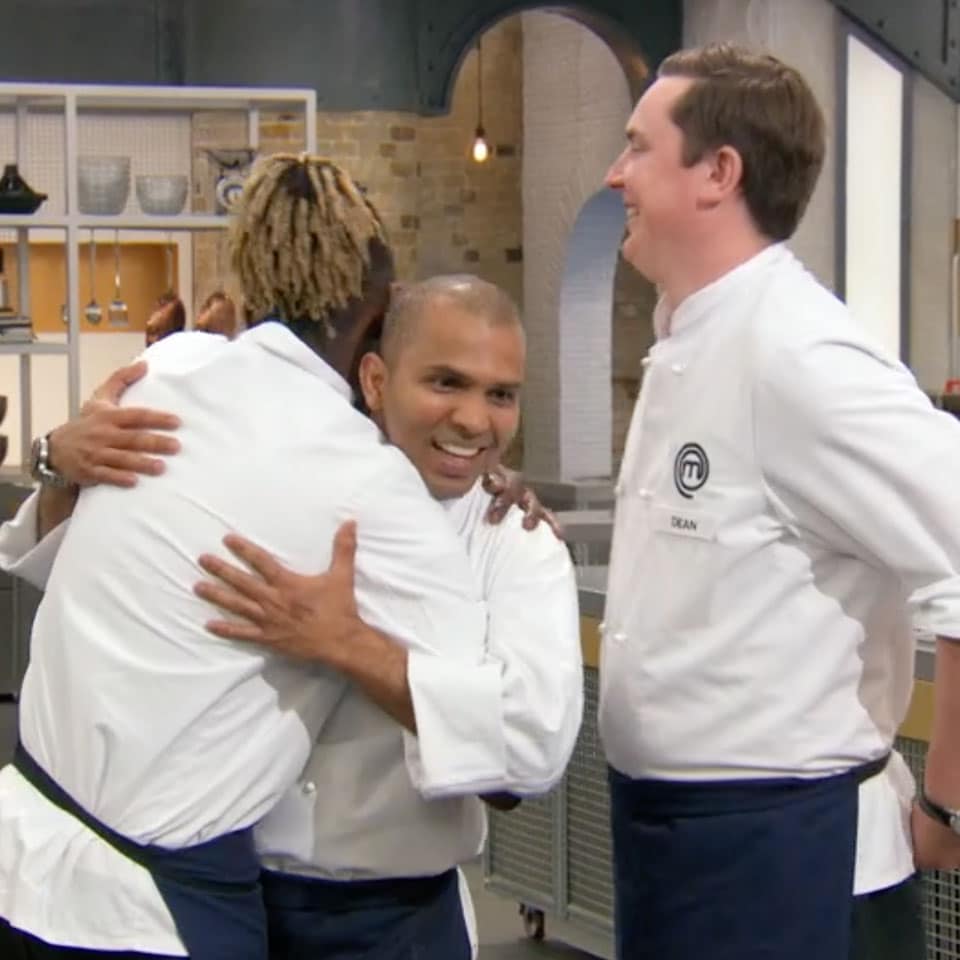 We have hit the third quarter final, and the six strongest chefs from this week’s heats use their knowledge and experience to impress the judges in two fast-paced challenges. Firstly the chefs face a brand new challenge to ever show on Masterchef: The Professionals – the judges’ ‘Favourite Ingredient Test’. The chefs are challenged to invent a dish purely based around one key ingredient chosen by the judges. Only four of the strongest very talented chefs will head on to the next heat and to cook for the  UK’s most discerning restaurants critics. Having to impress William Sitwell, Tracey Macleod, and Grace Dent. For 2 chefs it’s unfortunately the end of their Masterchef journey.

Week Three – Marcus has chosen vanilla, they must try to keep the distinct flavour of vanilla key to the dish without it overpowering anything else. With only 70 minutes to cook their dish and 10 minutes to plan their dish and choose their additional ingredients.

Gavin went to a skills test disaster to a winning signature dish, that blew the judges away.

Monica is very happy with Gavin’s approach to cooking the fish, while Marcus hopes Gavin packs some punch into his dish.

Marcus thought the dish could have used more vanilla, when infant and had ‘enhanced the tomato‘, but still praised Gavin on his cookery and presentation skills.

Monica loved the mackerel, but was just ‘a vanilla pod shy of getting this spot on‘.

Geanina trained in Italy and had a mix of opinions from the judges in the heats.

Monica loved the texture of the dish, but was ‘disappointed‘ with how much vanilla was coming through.

Marcus agreed and wasn’t getting any vanilla ‘running through the dish‘, but said Geanina had many opportunities to include the key ingredient in her dessert.

Dean made a strong start at the beginning of the competition and has great ambitions for the future.

Marcus is concerned that the vanilla won’t elevate the dish, and wants it to ‘shine through‘. Monica is confused by the dish, as it seems to be ‘evolving‘ throughout his cooking process.

Monica was thought the salmon was cooked ‘wonderfully‘, and overall a ‘great looking plate of food and equally as tasty‘.

Marcus was ‘concerned‘ for Deans dish, but after tasting it he didn’t know ‘what he was worried about‘.

William impressed the judges with his creativity and loves to use imagination within his dishes.

Both judges are very excited for Williams dish, but hopes he doesn’t over use the vanilla is every element.

Monica ‘oddly‘ quite liked the many elements within William’s dish, but wasn’t convinced with the apple.

Marcus disagreed with Monica and said there was too many elements, but was happy how much vanilla was ‘packed‘ into the dish.

Mohan struggled with his timing in the heats, but pulled through with his signature dish influenced by his Malaysian heritage.

Marcus is very excited for Mohan’s dessert, while Monica thinks there is too much Mango and is worried about the timing of his ice-cream.

Monica was upset with the use of vanilla, but still thought it was a ‘tasty dessert‘.

Marcus was happy with Mohan’s idea and dish, but couldn’t taste any vanilla.

Maxim excited the judges with his 2 almost flawless plates of food.

Monica is excited for Maxim’s dish, but is worried with how much potato is being used, while Marcus is worried for chef’s bisque texture.

Wareing was upset with how ‘cluttered‘ the dish was, that it was missing the tortellini and the whole dish was overpowered with the bisque with no vanilla flavour coming through.

Monica loved the taste of the lobster, and couldn’t taste any vanilla within the dish.

The judges and critics all agreed that the 4 chefs going through to the knockout stage and be part of final 12 would be;
Gavin, William, Dean & Mohan.
Unfortunately saying bye and good luck for the future to Maxim & Geanina.

The four remaining professional chefs will go on to cook their food for the UK’s most discerning restaurant critics. They need to impress the likes of Jay Rayner, Grace Dent and Tom Parker Bowles. They will be judged on their knowledge, skills, talent and creativity. The chefs are given one hour and 15 minutes to showcase their culinary talent with a two menu course designed by themselves to win over the critics and judges. Only 3 out of the 4 chefs will go through to knockout week and continue in their journey for the crown.

Dean‘s dishes are all influenced by his travels.

Marcus is concerned with Dean’s timing and Monica is excited for his fish course.

Jay is very impressed with the cooking of the cod.

Grace was taken back by how much the dish delivers in taste.

Tom was very happy with Dean’s understanding of ‘flavours‘ and cooking skills.

Jay was upset with the lack of BBQ and didn’t enjoy the plate of food.

Tom wasn’t impressed by the dish and went on to say ‘it doesn’t make me happy‘.

Gavin is most worried about timings, but make sure he runs and doesn’t stop.

Marcus is happy with Gavin’s confidence and hopes it turns out as good as it sounds. Monica loves the sound of chef’s dishes and is excited for his course.

Jay was impressed by the cooked of the ballotine and langoustine, but ‘the texture was all wrong‘ and ‘everything else is over seasoned‘

Grace loves vegetables but wasn’t impressed with how ‘salty‘ they were and went on to say that Gavin has had a ‘nightmare‘.

Tom simply said that Gavin has had ‘a bad day in the kitchen‘.

Jay was ‘baffled‘ to what he was tasting.

Tom wasn’t impressed by the ‘matcha attack‘ of a dessert.

Mohan dishes are both influenced by his Malaysian heritage.

Marcus is shocked by Mohan’s cooking choices and his flavours will make him stand out in the kitchen. Monica is ‘curious’ about his custard, with issues in his last custard.

Grace ‘loves‘ the halibut and caviar and is ‘very impressed‘ by Mohan’s dish.

Jay said that chef’s Laska is a ‘whisper‘ of what a great Laska can be.

‘Mohan can really cook‘ but Tom was slightly disappointed with his Laska skills.

Tom was impressed ‘technically‘ with Mohan’s soufflé and said it was a ‘really good pudding‘.

Jay thought the dessert was ‘brilliant‘.

Grace enjoyed her dessert, but due to its sweetness thought it would be better to ‘share‘.

William hopes to bring finesse and balance to the judges.

Monica hopes there is a ‘nice balance‘ with the ingredients William has ‘brought to the table‘. Marcus is concerned for chef’s textures and combination of ingredients.

Tom didn’t doubt Williams technical skills and ability, but he was just looking for ‘something more‘.

Grace thought there was ‘so much going on‘ within dish and nothing really ‘jumping out‘.

Jay thought the presentation looked ‘delightful‘, but wished he turned the ‘dial up‘ on the flavours.

Jay stated that the dish had ‘form, structure and intensity‘.

Grace was very impressed with the ‘quality of the chocolate‘ and said that Williams dish was the ‘nicest dish she had eaten today’.

Tom loved the dish as a whole, and said the dish was an ‘exceptional pudding by a very talented chef‘.

The judges and critics all agreed that the 3 chefs going through to the knockout stage and be part of final 12 would be;
Dean, Mohan & William.
Unfortunately saying bye and good luck for the future to Gavin.