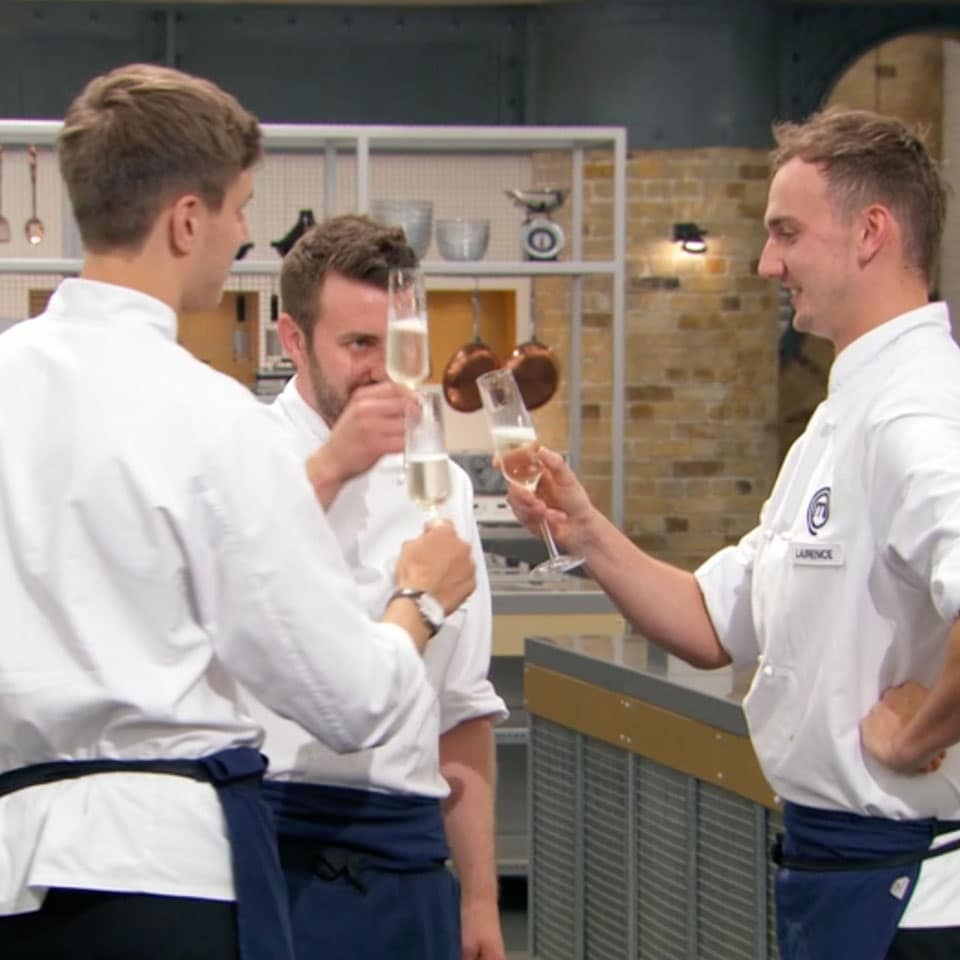 We have hit the tfourth and last quarter final, and the six strongest chefs from this week’s heats use their knowledge and experience to impress the judges in two fast-paced challenges. Firstly the chefs face a brand new challenge to ever show on Masterchef: The Professionals – the judges’ ‘Favourite Ingredient Test’. The chefs are challenged to invent a dish purely based around one key ingredient chosen by the judges. Only four of the strongest very talented chefs will head on to the next heat and to cook for the  UK’s most discerning restaurants critics. Having to impress William Sitwell, Tracey Macleod, and Grace Dent. For 2 chefs it’s unfortunately the end of their Masterchef journey.

Week Four – Marcus has chosen eggs, every chef will have to used eggs in a myriad of ways, but how can they creatively elevate this ingredient to become the star element of the dish. With only 70 minutes to cook their dish and 10 minutes to plan their dish and choose their additional ingredients.

David made up for a shaky skills test in his signature dish, and won himself a place in the quarter finals.

‘The skill to make something simple and delicious‘ made Monica very happy, and said it was ‘such a wonderful plate to eat‘.

Marcus agreed with Monica, and described chef dish as ‘sensational‘ and went on to say that chef had ‘smashed this challenge out the ball park dave, its all about the egg mate, well done‘.

Max specialises using game, and is going to keep pushing to get himself further in the competition.

Monica enjoyed the ‘golden crunchy crumb on the outside‘ but lower the egg was ‘slightly over‘ for her liking and mentioned the combination of ingredients was all ‘a bit too weird‘ for her.

Marcus said he ‘could put plenty of sauce on the dish and happily eat it‘, but once he had finished he wouldn’t of known the focus was on egg.

Matthew is the head chef of a restaurant in Mayfair and had a strong start to the competition.

Marcus loved the balance of flavours and textures, and said he ‘liked it a lot‘.

Monica said it was a ‘great way to used the egg white in the parfait‘ and ‘it was absolute delight to eat this plate of food here‘.

Oli is an ambitious seafood signature was let down by undercooked dover sole.

Marcus said the flavours that are coming through are ‘sensational‘ and there’s a ‘wonderful sweetness to the dish coming from the beautiful madeira reduction‘, he praised chef on ‘taken the eggs and done something really creative with them and I love that’.

Monica associates eggy bread with childhood memories and said ‘this year you’ve elevated it to a posh brunch, and good on you because it worked‘.

Simon excited the judges with his signature turbot dish.

Signature Dish: Spiced quail eggs and a selection of vegetables, including, asparagus, pickled beetroot, heritage carrots, radish with a pear and radish emulsion finished with a wasabi hollandaise.

Marcus was happy with the taste of Simon’s dish, but said it ‘lacked essential egg idea‘ and suggested chef ‘focused more on the egg an put the vegetable garnish around it‘.

Monica said ‘its nice‘ but wants ‘more than nice‘ at this stage.

Laurence excelled in his heat with a stand out mackerel dish.

Marcus found the dish ‘absolutely delicious‘ and said that chefs dish was a ‘solid piece of cookery at this level‘.

Monica said it ‘absolute joy’ to eat this plate and food, and was happy chef ‘delivered the brief‘.

The judges and critics all agreed that the 4 chefs going through to the knockout stage and be part of final 12 would be;
Matthew, David, Laurence & Oil.
Unfortunately saying bye and good luck for the future to Max & Simon.

The four remaining professional chefs will go on to cook their food for the UK’s most discerning restaurant critics. They need to impress the likes of Jay Rayner, William Sitwell and Amor Rajan. They will be judged on their knowledge, skills, talent and creativity. The chefs are given one hour and 15 minutes to showcase their culinary talent with a two menu course designed by themselves to win over the critics and judges. Only 3 out of the 4 chefs will go through to knockout week and continue in their journey for the crown.

Laurence is planning to crack on and deliver for the judges.

Jay loved the lamb, saying it was ‘perfectly cooked and perfectly seasoned‘ and had nothing critical to say about chefs dish.

Amol simply said that ‘every single aspect of this dish is spot on‘.

William said that ‘everything is just singing in harmony, utter perfection and is quite rare to get something so perfect – this is sensational‘.

Amol, loved the ‘depth‘ of the peanut tuile and said ‘this is in essence a chocolate ganache with nice peanuts and I love it just for that’.

Jay loved the caramel, ‘salted peanuts underneath‘ and said ‘its just a class piece of work‘.

William said the dish is ‘very good‘ because of the stickiness, ‘deep richness‘ and sweetness.

Oli will be putting his personality in his dishes for the judges.

Jay loves the idea of the dish, but said ‘its practically a plate of pigeon tartare‘.

William thought the wood pigeon was just on the rare side for his liking.

Amol said it was a ‘shame‘ as he admires what the chef is trying to do, but theres only certain elements that he liked.

Jay wasn’t keen on the salted caramel mousse and said it was ‘rubbery‘ and ‘over salted‘.

William thought the idea of the dish was ‘really clever‘, but didn’t believe it ‘tasted good‘.

Amol thought chef was trying too hard and said ‘its full of creativity and ideas, but wish he did something simpler that tasted a lot nicer‘.

David is going to keep fighting and play to his best ability.

Jay said there was a lot ‘acidity‘ to the beginning of the dish, but when started to work through it, he tasted ‘great soft and pearly mash‘ and said it was a ‘delightful and summery plate of food‘.

Amol said he great ‘textures‘ and ‘flavours‘ throughout the dish.

William thought maybe the ‘mash needed to be fluffier‘ and the ‘fish needed 10 more seconds of cooking time‘, but overall enjoyed the dish.

Jay love the self confidence of ‘all the essentials of a great dessert‘.

Amol believed all the ‘fondant were cooked at different times’, but is giving him ‘the benefit of the doubt‘.

William was disappointed in the ‘uniformity‘ and therefore ‘not perfect‘.

Matthew has practiced his dishes many times, and can’t find fault in his dishes.

William really liked the fact that its a ‘Moorish‘ dish, and said the elements all work ‘very well together‘.

Amol loved the ‘cauliflower salad‘ and said that the samphire was ‘absolutely lovely‘ with a ‘gently and firm texture‘.

Jay was upset with the pine nut crust and said that it ‘dominates the fish‘.

Dessert: Raspberry souffle with a rice pudding base, basil sorbet, pistachio and raspberries.

Amol couldn’t fault any of chefs dessert, even the ‘dehydrated raspberries‘.

Jay said it was an ‘OK soufflé‘, but found it was ‘a little bit eggy and dense‘.

The judges and critics all agreed that the 3 chefs going through to the knockout stage and be part of final 12 would be;
Matthew, Oli & Laurence.
Unfortunately saying bye and good luck for the future to Dave.